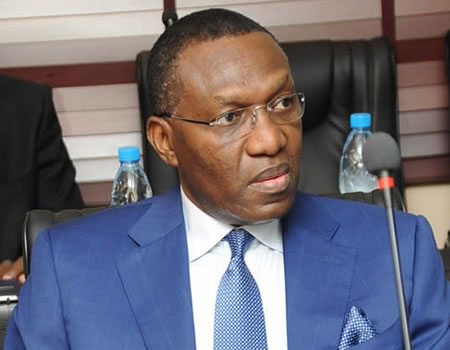 Senator Andy Uba has begged members of the All Progressives Congress (APC) in Anambra State to unite for the party to win the November governorship election in the state.

Uba, who represented Anambra South Senatorial zone for two terms, is gunning for the governorship ticket of APC for the election

He visited the APC party secretariat in Awka on Saturday, where he told the executive members that he was not a new member of the party, rather, an old member.

Uba, said the only way for APC to chase away opposition from the government house during the election was for everyone to close ranks and forget the past.

The former governor, who made his intentions known to the party during the meeting, said the APC must present someone who would be capable of winning the election for the party and not a neophyte.

Uba said, “I didn’t join APC recently, I had been a member of the party for a long time. I have internal and external contacts to move the party forward.

“God’s time is the best and he knew why I was removed as governor in 2007 and I bear no grudges against anyone over it.

“Let us sit and plan how to win this election . Let us not fight each other . If I see any one better than me, I will support the person.

“APC needs to present a strong candidate to win PDP and APGA. Those parties have more trouble than us,” he said.

The State Chairman of the party, Chief Basil Ejidike, insisted that the APC must conduct a credible, free and fair primaries .

He said what happened in the past that almost caused problems in the party must be avoided, adding that the State Working Committee SWC and other Stakeholders would meet soon again to chart the way forward.

The State Secretary, Hon Chukwuma Agufugo, equally, spoke in the same direction, adding that APC had all it takes to win the November governorship election in Anambra State.