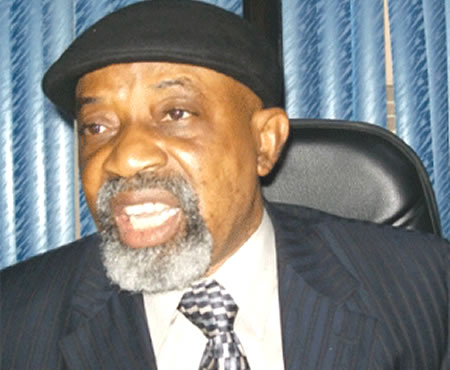 Minister for Labour and Productivity, Dr Chris Ngige, on Saturday, urged members of the All Progressives Congress (APC), in Anambra State, not to worry much about the governorship election, assuring that APC will use unseen spirit to take control of the state from November 6, 2021.

Ngige gave the assurance shortly after revalidating his status as a party member in his Alor Ward 1, in Idemili South Local Government Area of the state.

The former governor of the state while speaking further described the ongoing registration and revalidation of the membership exercise as impressive with the huge turnout seen across the 21 local government area of the state.

He, however, urged party members in the state to mobilize more members to join the ongoing exercise.

He said the party was determined to take control of the state in 2021.

“Your unprecedented participation in this membership registration and revalidation exercise speaks volumes about your willingness and your willingness to stand with the party, rain or shine.

“God willing. I won’t go into more detail, but I’m telling you, we’re putting the finishing touches on the process to make it a reality.

He appealed to members to welcome whoever registered as a new member in the state.

“Since the APGA does not appreciate being in power, we will take it away from them, we have had a reasonable number of their members and PDP members who have come to join the APC as a national party.

And being the ruling party at the national level, the best thing for Ndi-Anambra is to make sure that the state is also an APC state and that will soon become a reality by God grace, Ngige added.

The surprise visit made on Friday night by the leaders of the ruling All Progressives Congress (APC) to former President Goodluck Jonathan at his residence in Abuja triggered a stir in the major political camps, resulting in at least four possible theories..APC will take control  APC will take control

Can you make money with slot games and how?