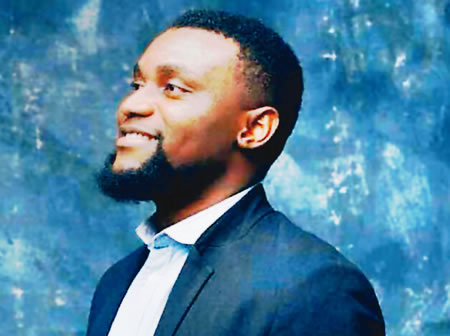 Multi-talented filmmaker, entertainment consultant and serial entrepreneur, Chiori Daniel Cole is one personality to look out for in the Nigerian creative industry, having delivered on several musical and film projects. The Mass Communication graduate from Lead City University, Ibadan, became a popular name when he successfully executed #OLIC (Olamide Live In Concert) and Achievas’ record label’s first major blockbuster movie ‘Knocking On Heavens Door’. He gave his ratings on the performance of the creative industry in 2021, his upcoming projects, among others.

Before entertainment, what informed your drive to be part of the creative industry?

I have always had love for the entertainment industry; I was once a soccer player hoping to play professionally one day, but it never happened, that didn’t stop me from achieving my dream of entertaining people with my talents. I started the whole entertainment business with my family sometime in 2007. Achievas Entertainment was registered in 2007 and I wasn’t part of the directors then. I didn’t even have a spot or a role to play or an office to hold.

I was more like a young boy who loves entertainment so much that I would skip school tests and exams just to be at events happening around Lagos, Ibadan, Osun, Ogun, Port Harcourt etc. I was travelling with our then artiste, Solidstar and the same time, I was working with 2face indirectly as a videographer. I wasn’t being paid a penny then, but the experience was all I needed at the time. I needed funds but money wasn’t my drive. I wanted to watch and learn so when it was time to excel, I would do it perfectly with the help of my super team at ACHIEVAS Entertainment Limited. We are bent on restructuring the entertainment industry and giving value to money.

As a filmmaker, you seem to have stopped movie production for a while?

We didn’t slow down on movie productions. Movies require creativity and it has to be top notch for us to be able to entertain or pass the message we’re telling with the film in a very creative form. It’s not just to shoot a film because one wants to impress people by gathering Nollywood actors, put them all up in a set and then two weeks later, you start saying a blockbuster has been produced.

For us, we don’t work that way. We take time to create, build, understand and deliver a superb story to the world. My dream as a filmmaker is to win an Oscar award with my Nollywood films and I know it is possible. We will do it for Nigerians, Africans and other parts of the world. We currently have a project (Oldest Bridesmaid) that finished production and its awaiting release date on one of these SVOD platforms. It has also been featured on the NFT market space, which makes it the first Nollywood film to ever be on an NFT market space.

What is your view on the industry performance in 2021?

To be honest, it’s a great story to tell your kids on how every Nigerian artistes became big in their various categories from the A listers down to others. They’ve changed the music industry in just a year and believe me, it’s been a great year for the industry. All we need to do now to keep that pace is to show love among ourselves, do more partnerships with labels, banks, industries and many others to bring our stories to life.

You recently held Buju’s debut concert; how was the experience?

Buju is a great guy and his team members are young people who are hungry for success as much as we are. We all had the intention to fill Balmoral Hall up for Buju’s concert and we made it happen. Everyone involved made it possible including the media who showed us support. Also Lagos State through its agencies LASAA, LASPARK, Seyi Tinubu, Peter Cole Chiori, Chivas Regal and many others who patronised us.

What was the attraction to stage a Buju concert?

Buju’s electrifying talent pushed me to get him to sign with us so we could produce the best concert in Nigeria and we believed we’ve achieved that. I told Buju and his team that the only thing I needed from them was to deliver good music to his fans and we would do the rest and yes, the rest is history.

We have a lot in store for everyone from movies, music, soccer, boxing and many others. Let’s not say much about this, our actions will play it all out for us.