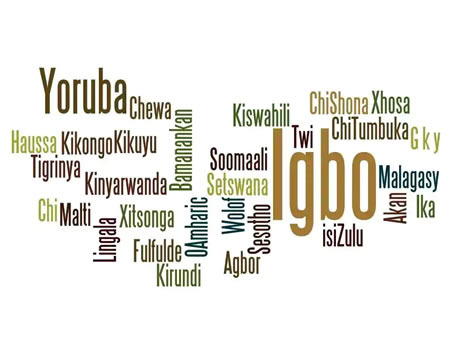 Global attention shifted on Friday, February 21, 2020 towards saving many indigenous languages from extinction as the world marked the International Mother Language Day.

Voice of Nigeria, the nation’s external service radio broadcaster, collaborated with a number of stakeholders like the Centre for Black and African Arts and Civilization and the Nigerian Film Corporation, both agencies under the Federal Ministry of Information and Culture, like the  VON, to commemorate the day in Lagos.

It was proclaimed by United Nations Educational Scientific and Cultural Organization (UNESCO) in November 1999 and has been observed since year 2000. The theme of the commemoration this year is safeguarding linguistic diversity.

Mr. Ronald Kayanja, the director, United Nations Information  Centre,  Lagos, spoke on the theme of the day during which stakeholders in the language and culture sector will deliberate on strategies for protecting indigenous languages from extinction.

The chief executives of the three collaborating organizations are in agreement on commemoration of the International Mother Language Day because of their shared mandates of propagating the Nigerian cultural values in which language is central.

Nigeria alone is home to over 250 ethnic groups with even more diverse languages in different states of the federation. Although English, the colonial language is the nation’s official language, the three dominant language groups in the country are Hausa, Igbo and Yoruba, peculiar to northern, eastern and western geo-political zones of the country.

In the past, there has been advocacy that children should be taught in mother tongue during early childhood education. International Mother Language Day is a United Nations annual event observed on every 21st of February 21 to raise awareness on linguistic and cultural   diversity.

On freedom of Boko Haram members