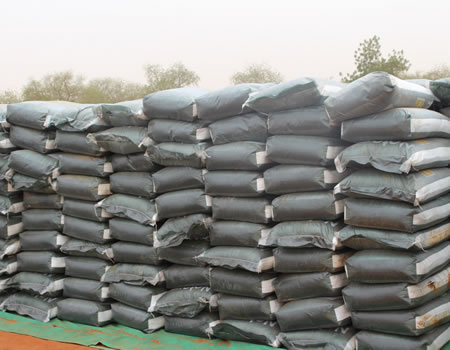 Zamfara State Commissioner for Agriculture and Natural Resources, Dr.Aminu Suleiman Yarkofoji, has disclosed the State has budgeted the sum of N6n for the procurement of assorted fertiliser for 2020 farming season.

Speaking during the 2020 budget defence, Dr Aminu Yarkofoji who led delegation from the ministry and parastatals before the state house of Assembly committee said the budget would provide jobs opportunity for the teeming youths in the State.

“We also proposed N1bn for the total overhauling of fertiliser blending plant owned by the State government.”

Dr Aminu maintained that the budget which was tagged: “Budget of peace and renewal of hope” was aimed at reviving the agricultural sector as one of the critical area of economy that provide employment opportunities and food security in the state.

He further revealed that a total sum of 350 million naira was budgeted for the procurement of tractors with full implements to be used in the state.

According to him, IFAD programme in the state would also receive a boost with over N500 million earmarked for the expansion of its programme to cover all the 14 local government areas in the state.

He assured the leadership of the state House of Assembly and other stakeholders the ministry’s readiness to liase with expert to ensure the successful implementations of the budget when it was passed.

The commissioner therefore, solicited the support of the state House of Assembly members to complement government’s efforts and approve the budget proposal in good time.

In his remarks, the chairman house committee on finance and appropriation Honourable Mohammad G. Ahmad, said the committee decided to invite heads of ministries, parastatals and agencies and address anomalies and discrepancy before it was passed.

He assured the commissioner of members’ willingness to pass the budget on time.

Gombe farmers to cultivate 6,000 hectares of land during dry season

‘How to use banana stems for organic farming’

How Nigeria can maximise fish production for export ― FUTA don