2019: Year of mixed fortune for Lagosians 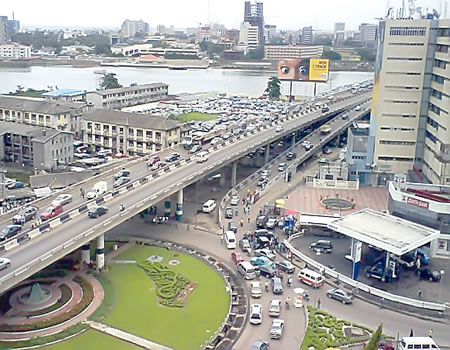 Very early in the year, on Sunday, January 20, to be precise, the residents were about heaving a sigh of relief when the first rain dropped. Many welcomed the rainfall with joy and excitement but these feelings were meant to be short-lived.The rain that lasted for about an hour in the metropolis left tears and bloodin its trail. The downpour had provided a soothing balm for Lagosians, who had experienced an unprecedented heat in the preceding days, before it turned around to becomea nightmare. Although there was nothing ominous about it, the rain left tales of woe on the lips of some residents. Movements in the citywere almost impossible for hours after the rain had stopped. But that singular incident was only a prelude to more unfortunate incidents that were to happen in the course of the year.

Deaths on the roads

No fewer than 13 persons died and 10 others injured in a multiple crash that occurred around Saapade, near Ogere on the Lagos-Ibadan Highway in November 2019. The crash occurred around 5.00 p.m. at the location where a diversion was created by Reynolds Construction Company (RCC) Nigeria Limited, the company currently working on the rehabilitation of the corridor.

The accident, according to road traffic authorities and eye witnesses, was caused by a speeding truck heading towards Lagos which suddenly suffered a burst tyre and consequently collided head-on with two other commuter buses heading towards Ibadan.

The trial of Mr Ambode

The dawn of 2019 in Lagos political landscape was trying for the then state governor, Mr Akinwunmi Ambode, as 28 out of the 34 members of theHouse of Assembly began impeachment proceedings against him. Embattled Ambode had in 2015 ridden on the shoulders of his now estranged political godfather to become the third civilian governor in the state since the return of democracy in 1999.He had drawn the ire of the powers that be when he revoked the operating licences of local waste collectors otherwise known as PSP operators and replaced them with Visionscape, a foreign company that was touted as having the capacity to effectively handle waste management in the state.

He eventually lost his second term ambition following an overwhelming endorsement of the candidacy ofSanwo-Olu. On January 28, 2019, the state’s lawmakers mooted the idea of his impeachment for alleged unauthorised spending of monies from that year’s budget proposal. While Ambode became a villain and perceived as the enemy within, Sanwo-Olu became the anointed candidate and the eventual APC governorship standard-bearer and one who dislodged Ambode from the Alausa Government House in May.

Ambode’s exit brought to the fore, a denied rift between the executive and the legislature when the former governor was in the saddle. The ex-governor was summoned a few months after his exitby the lawmakers to explain some actions and decisions taken during his tenure, one of which was the purchase of about 820 buses, saidto be without statutory approvals.

After several unheeded summons served onhimby the assembly, he was invited through the media. But rather than honour the invitation, the former governor sought reprieve in the law court, which he got. He is currently locked in a legal battle with the lawmakers.

The coming of Sanwo-Olu as Ambode’s successor was not without drama. For example, a few months after being sworn in, the incumbent governor took a decision to drop the  prefix to his name, ‘His Excellency’. To many, this was rather unusual in a title-crazy society such as Lagos.

Sanwo-Olu dropped the ‘His Excellency’ title attached to his office for ‘Mr Governor’, describing the former as “authoritarian”. The governor had claimed on his Twitter handle that ‘His Excellency’ had come to represent “authoritarian disposition”. The state’s number one citizen argued that the title allows appointed people to see themselves as oppressors instead of servants.

Mr Sanwo-Olu was five months old in the saddle as the governor of the state when he took that decision.

“Good evening Lagos. ‘Your Excellency’ is a nice title that has been used to signify authority, position in government, authoritarian disposition, executive arrogance, and a demigod mystique. Today, I wish to drop the title and to embrace a more representative one, ‘Mr Governor,’” the governor said.

The return of the chaplain

One of the episodes that were believed to have tainted the administration of former Governor Ambode was the sacking of the Presiding Chaplain of the Chapel of Christ the Light, Ikeja, Venerable Femi Taiwo. The cleric got the hammerfor allegedly disrespecting the ex-governor’s wife, Bolanle.

The decision of Governor Sanwo-Olu to reinstate the clericwas greeted with commendations since many believed that the former governor erred to have sacked the cleric in the first place.

Even after the successful ‘easing’ out of the former governor, his travails continued unabated with the raid, mid-year, on his residence by operatives of the Economic and Financial Crimes Commission (EFCC) following a petition the agency claimed it received against the former governor.

The EFCC invaded the residence of the ex-governor as part of an investigation into his administration. The commission alleged that it traced N9.9 billion to three bank accounts owned by him, an allegation the former governor was quick to deny.

But the anti-corruption agency, in a statement, denied raiding the former governor’s Epe home, saying Ambode’s administration was under investigation since he no longer enjoy immunity against prosecution. The commission denied that its operatives raided Ambode’s residence.

The transport sector also had its fair share of the crisis. On December 2, 2019, at least three truck-loads of motorcycles belonging to the popular ride-hailing platform, O’pay, were impounded by officials of the Lagos State Traffic Monitoring and Enforcement team.

The seizure was said to be in line with the move by the state government to sanitise the highways. The O’pay riders  had been ubiquitous in the metropolis prior to the clampdown.

The on-demand motorbike hailing service providers, including Gokada and Max.ng, had been operating in Lagos for the past two years serving as a bespoke alternative for people who want to beat theLagos traffic.

The state government, through a former Permanent Secretary in the Ministry of Transportation, Dr Salaam Taiwo, said it did not approve the operation of the motor bike transport service providers.It was learnt that the decision to clamp down on O’pay riders followed the enactment of a new Traffic and Environmental team by Governor Sanwo-Olu.

On December 4, 2019, Governor Sanwo-Olunamed the reconstructed Onikan Stadium after a former military governor of the state, the late Brigier-General Mobolaji Johnson (retd). Sanwo-Olu made the pronouncement during an event organised to celebrate Johnson.He described the deceased as a man who saw the future and worked “to achieve the Lagos of our dreams.” Johnson died on October 30 at the age of 83.

Declaration of state of emergency on bad roads.

Shortly after being sworn as the chief executive of the state, complaints about the neglect of roads in the state began to emerge from residents, a development that forced the state governor to declare a state of emergency on bad roads in the state. The governor ordered massive reconstruction of dilapidated highways and carriages within the state starting from Monday, October 14, 2019. This was announced in a statement on Sunday, October 13, 2019, by Jubril Gawat, the governor’s Senior Special Assistant on New Media.

Gawat said Sanwo-Olu had met with contractors and they had been asked to mobilise to their respective sites without delay. The proclamation resulted in the facelifts many of such roads continued to experience up to the end of the year.

The year was not without its fair share of building collapses. A building under construction around Glover Court, Ikoyi, collapsed while workers were trying to deck the second floor. A building that housed a nursery and primary school caved in the teeming Lagos Island area in March. Several people, including pupils, lost their lives in the incidents. In July, another building collapsed in the Ososa area of Shomolu Local Government.  Agencies of the state government responsible for building supervision have, therefore, been advised to insist on contractors adhering to quality control standards to prevent avoidable deaths in 2020.

Travel ban: ‘Infiltrators will be sent back home, won’t be allowed to…