2019: Sell your vote and mortgage your future, Ogah tells Ebonyians 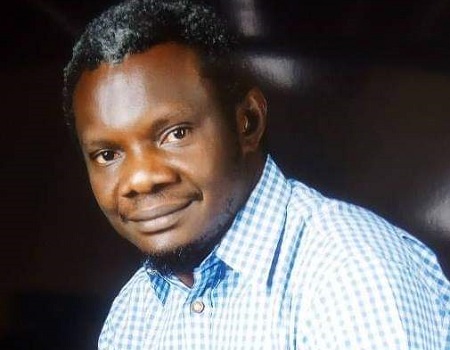 A stakeholder and candidate of the All Progressive Congress party (APC) that is representing Ikwo/ Ezza South local government Area, Comrade Chinedu Ogah has advised Ebonyians to resist any form of vote buying in the forthcoming general election.

Comrade Ogah who disclosed this to tribune online in an interview maintained that anyone that allows his or her vote to be bought by desperate politicians has mortgaged his/her future for the period of four years.

He then called on the electorate to vote based on their expectations from the candidate who can deliver and bring in democracy dividend to their door post as he urged the Independent National Electoral Commission (INEC), police, Army, and other security agencies in the state to ensure that vote buying, rigging, intimidation and other social vices is not found in the state during the february and March general election.

“Anybody that allows their vote to be bought is mortgaging his or her future because you will not have the gods to request for any democracy dividend from anyone who paid you to vote for him .

So I am encouraging the people of Ebonyi to note that voting should be volunteering, based on your expectations from the person.

“I also want to advise other candidates from all political parties to shun vote buying because it is a criminal offense to those buying and to those of them selling it. This issue of voting buying is also killing our democracy because the person buying your vote will not do anything for you until he recovers all the money he spent during the election campaign”.

“I also want to appeal to the INEC to ensure that the vote of the people count and punish anyone who is found going contrary to the rules of law during the election.”

Comrade Ogah, however, warned his constituent not to vote any candidate that has no focus, good character and good representative at the National Assembly to avoid bringing decades to the political situations of their constituent.

“I am advising the people of Ikwo/Ezza South federal constituency never to allow someone that has no focus, no attitude, to represent us because it will definitely bring decades to the political situations of our constituency.

“Vote only to the people that knows the needs of their people, he will definitely attend to the problem of the masses.

“I encourage you all to look at such person who will be able to control his people in the future because he was elected by his people.”

“We should stop being inside the room to write result, we should stop manipulating, rather do what is right according to the law.

We are also working hard with all the security agencies to ensure that there is free and fair election in Ebonyi state. We are also advising our supporters not to indulge in crime or violence but ensure that the 2019 general election is free, fair and credible.

He also advised that government schools should be handed over to the community with qualified teachers that will bring back morals to the primary and secondary school system to avoid pushing the education backward which is diverting the mind of the people to engage in ungodly characters.

Corruption: I’ll pursue every case to its end ― Buhari