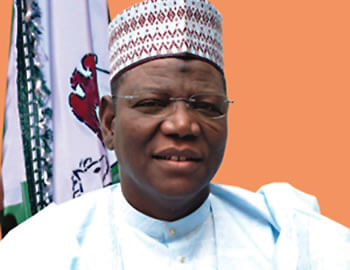 Former governor of Jigawa State, Alhaji Sule Lamido, might soon throw his hat into the ring for the 2019 presidential election, Tribune Online has learnt.

Lamido, who was one of the founding members of the Peoples Democratic Party (PDP), it was learnt, had  commenced consultations on the race, with his emissaries having kick-started the consultation in Ibadan, the Oyo State capital, a few days ago.

The former governor’s front-runners to the South-West, led by his former Secretary to the State Government (SSG), Dr Aminu Abdullahi Taura; Director of Press, Umar Kyari and his personal assistant, Umar Danjani, among others, had, during the visit, held a meeting with supporters of Lamido, drawn from the six South-West states under the aegis of the PDP Consultative Forum.

The South-West coordinator of the forum, Rasaq Aka, on the occasion, appealed to Lamido to work in tandem with other founding fathers of the party to end the crisis in the party while the Oyo State coordinator, Adeolu Adekunle, urged members of the forum and the PDP in general to put the past behind them and forge a common front in order to return the party to power

A communiqué issued at the end of the meeting, which celebrated Lamido’s achievements as Jigawa State governor, stated that “Nigerians need a true and unbiased democrat like Lamido at the helms of affairs in the country” and that “he should contest at the PDP’s presidential primary and subsequently, contest for the position of the president. That the PDP consultative forum members are solidly behind him.”