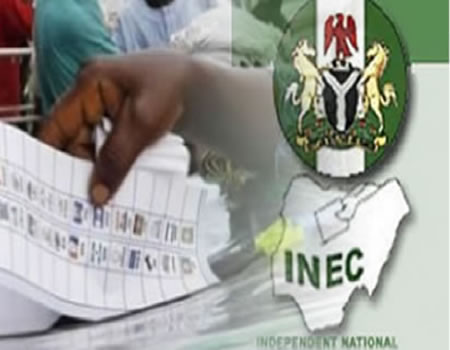 THE Independent National Electoral Commission (INEC) has advised parties and their candidates to adhere to electoral timetable on commencement of election campaigns ahead of the 2019 general elections.

The Chairman of INEC, Prof. Mahmood Yakubu, gave the advice in at the Workshop for election professionals from the Commonwealth Africa Region on Monday in Abuja.

Yakubu reminded remind political parties and candidates that the end of primaries did not mean the immediate commencement of campaigns.

“Therefore, going by the provisions of the Electoral Act and the Timetable and Schedule of Activities issued by the Commission, campaign for Presidential and National Assembly elections will commence on Nov. 18.

“Campaign for Governorship and State Assembly elections begin on Dec. 1.

“I call upon political parties and candidates to strictly adhere to these dates,’’ he said

Yakubu said that with the conclusion of primaries by political parties yesterday, the next activity was the commencement of the process of nomination of candidates to the commission.

He reminded political parties that the dates for the submission of list of candidates (Form CFOO2) and their personal particulars (Forms C1001) for presidential and National Assembly elections were from Oct 10 to Oct.18.

Yakubu added that the date for the governorship and State Assembly elections was Oct. 22 and Nov. 2.

“The commission will receive the submission from political parties at Aso Hall of the International Conference Centre, Abuja, from 9.a.m to 4.p.m. daily.

“Although we have communicated these dates to all political parties, let me reiterate that there will be no extension of time.

“Similarly, in making submissions to the commission, the covering letters, as well as the list of candidates, must be duly signed by the National Chairmen and National Secretaries of political parties in line with the commission’s Guidelines.’’

Yakubu said that the workshop and its theme “Strengthening Electoral Democracy in the Commonwealth African Region” was topical and relevant.

He said that all the countries of the Commonwealth, Africa region, needed to further consolidate on election process so that elections were not merely periodic but also peaceful and credible.

“Bringing election managers together to share experiences and build capacities is a critical step to the consolidation of electoral democracy.’’

Yakubu said that participants would be taken through five interrelated sub-themes; ranging from the promotion of sustainable electoral democracy, strategic planning, gender and elections, electoral technology to elections and new media.

He said that hosting it in Nigeria was an indication that the Commonwealth was taking notice of the progressive improvement in the country electoral process.

The workshop participants are from all the 19 Commonwealth countries in Africa except Mozambique which is scheduled to hold its Municipal elections on Oct. 10.

Ghana National Electoral Commission’s Chairman, AbdulRasheed Bawa in his remark, said that the conduct of elections would always bring out new challenges.

He said that the workshop would enable electoral officers in the region to proffer solutions to their various electoral challenges.

Bawa urged all electoral managers to be resolute in the discharge of their national duties, adding that the impact of poorly conducted election would not be felt in the country where it took place.

INEC National Commissioner, Festus Okoye said the event came at a period when INEC was at the middle of organising general elections.

Okoye said the gathering comprised those that organised elections in their respective countries.

He added that looking at challenges and sharing ideas in the Commonwealth African countries would give the commission firsthand knowledge on how things were been done.

“If election professionals do their work well, elections will begin to have credibility,” he said.