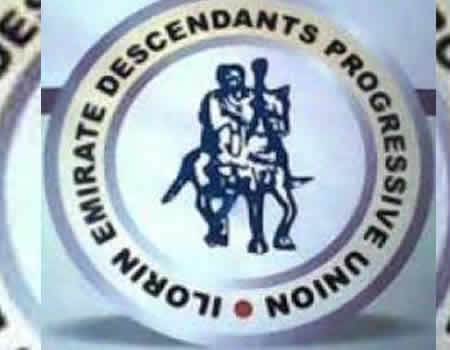 As 2019 general elections draw closer, the umbrella association of indigenes of Ilorin emirate, Kwara state, the Ilorin Emirate Descendants’ Progressive Union  (IEDPU), has cautioned political gladiators in all registered political parties in the state not to turn the area into a battleground.

Speaking at the 53rd annual National conference and launching of the 2019 calendar of the association at the Emir’s Palace, Ilorin on Tuesday, the national president of the association, Ambassador Sheikh-Usman Abdulazeez, said that politics should not be reduced to unnecessary bickering, unproductive name-calling, mischievous allegation, callous comments, character assassination, hate speeches, encouragement of chaos, whipping up of
religious or ethnic sentiments, among other negative strategies.

This was just as street urchins, allegedly sponsored by politicians in the state disrupted the gathering to the chagrin of the Emir of Ilorin.

Abdulazeez, who said that politicians had used such unproductive tendencies to exploit and explore to win the sympathy of gullible voters, called on youths not to be manipulated by anyone and shun violence.

“The Annual National conference brings together all members of the union from different parts of the world to converge, exchange views and think together on issues which affect them as a collective and a platform which offers them the opportunity to articulate their views or positions on local, national and global issues as they affect their people directly or indirectly,” he said.

He also said that the union has also continued her public enlightenment campaign on various mass media, targeted at discouraging anti-social tendencies, particularly among the youth to secure the future of the community.

While speaking on economy, the IEDPU leader called on the Kwara state government to evolve a sound industrial policy that would encourage citizens to invest at home.

He also lamented the dearth of public schools and health facilities in the state, saying that security challenges such as rituals and cultism should be tackled head-on.

Abdulazeez, who stressed the need for enforcement of the law which banned sales of alcohol in the state, also frowned at pools betting and illegal places of worship.

While also commended the Kwara state government for its ongoing projects in parts of the state, the IEDPU president stressed the need for the present administration to complete the projects before expiration of its term.

He also called for the Establishment of a Federal College of Education in the state and appealed to the police high command and all other stakeholders to ensure the swiftest take-off of the proposed police Academy at Ballah, Kwara State

Earlier, The Chairman of the Occasion Abdulganiyu Ambali the former Vice Chancellor of University of Ilorin who noted that the state lagged far behind when compared with its contemporaries in 1967, called on Kwarans to establish industries in the state to provide employment for the youths.