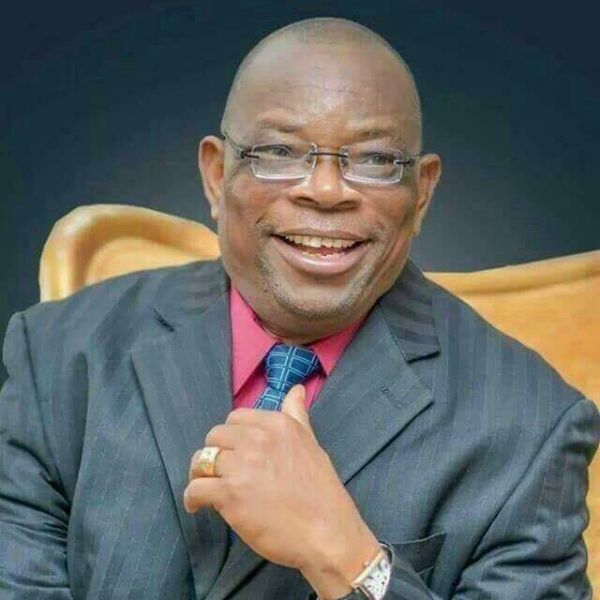 AS politicking hots up ahead 2019 general elections in Delta State, a prominent Urhobo leader and Group Chairman of Ibru Organization (worldwide), Olorogun Oscar Ibru, has declared Chief Ighoyota Amori as the choice of Urhobo nation for the Delta Senatorial district come 2019

He, therefore, admonished that all hands must be on deck to mobilize eligible voters so as to give Amori and the People’s Democratic Party (PDP), on whose platform he’ll be contesting, a landslide victory in 2019.

“I am from Ughelli North in Delta Central and I can assure you that my LGA is for Amori and nobody else.

“In the same token, Senator Ifeanyi Arthur Okowa is the only authentic choice and candidate of Delta Central and Urhobo Nation as far as 2019 governorship election is concerned.

“Let nobody deceive you, Urhobo Governor will emerge on May 29, 2023, after Gov Okowa of Delta North must have completed his eight years of two tenures.

“Therefore, it’s our collective responsibility to work extensively with Senator Amori and Gov Okowa as well as all other PDP candidates at various levels in 2019,” Ibru added.

The Ibru’s endorsement came on the heels of the inauguration of the Amori4Senate Campaign Organization, at the country home of the senatorial aspirant, Chief Amori in Mosogar, Ethiope West of Delta State.

Director-General of Amori4Senate Campaign Organization, Elegbete Barrister Moses Odibo and his team were selected and inaugurated to pilot the affairs of the 2019 Delta Central Senatorial project.

Chairman of the occasion and PDP leader in Ethope East LGA, Chief Bernard Edewor, re-echoed the need for the people of Delta Central to reclaim the alleged stolen mandate Urhobo nation gave to Senator Amori in 2015.

He described Amori as one of the foremost Urhobo leaders and super politician.

According to him, “We all know that the man there right now is an impostor (Ovie Omo Agege), and 2019 is the right time to retire him from politics.

“PDP structure in Delta Central is formidable enough to return Amori to the Senate, and it is our collective efforts and determination to do so.”

The Delta Central Senatorial District seat is currently occupied by Senator Ovie Omo-Agege of the All Progressives Congress (APC) who got his stolen mandate through the courts months after Chief Amori was sworn in as Senator.