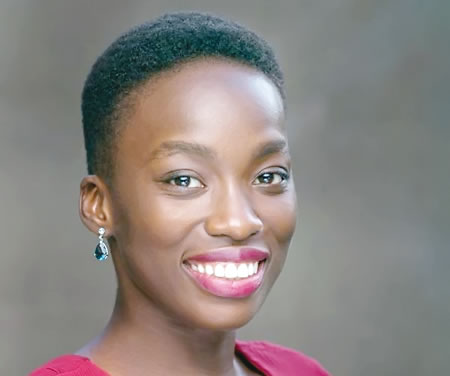 The 2019 Gerald Kraak Prize has been awarded to Nigeria’s OluTimehin Adegbeye, for her nonfiction piece, Mothers and Men, described by the judges as “a sensitive memoir casting new light on questions of rape, secondary victimisation and motherhood.”

The announcement was made at the Gerald Kraak Prize ceremony in Johannesburg, where the prize anthology The Heart of the Matter was also launched. A shortlist of 19 writers had been announced in April.

Founded in 2016 by Jacana Literary Foundation and The Other Foundation, in honour of the late activist Gerald Kraak, the R25 000 Gerald Kraak Prize aims to honour writing and photography by Africans which “provoke thought on the topics of gender, social justice and sexuality.” The inaugural prize in 2017 went to Ugandan-born Kenyan photographer Sarah Waiswa and Kenyan writer Farah Ahamed, while the 12 shortlisted pieces appeared in the inaugural anthology, Pride and Prejudice: African Perspectives on Gender, Social Justice and Sexuality.

The second prize in 2018 went to the Nigerian Pwaangulongii Dauod, with the 22 shortlisted works appearing in the prize anthology As You Like It. Like the two anthologies before it, The Heart of the Matter is published by Jacana Media and collects the 21 shortlisted entries—from over 400 submissions received from across the continent—with a Foreword by Otosirieze Obi-Young.

OluTimehin Adegbeye is a Nigerian writer, speaker, and activist whose work focuses on gender, women’s rights, sex, sexuality and sexual violence, urban poverty, and sustainable development. Her TED Talk, ‘Who Belongs in a City?’, was chosen by TED Lead Curator Chris Anderson as one of the 10 most notable talks of 2017. Her writing has appeared in Latterly Magazine, Open Democracy, Premium Times, This Is Africa, StyleMANIA, Essays Magazine, Klassekampen, and Women’s Asia 21, among others.

An alumna of the inaugural Writing for Social Justice workshop organised by AWDF in collaboration with FEMRITE, the Farafina Trust Creative Writing workshop, and the BRITDOC Queer Impact Producers Lab, she is a Carrington Youth Fellow and a Women Deliver Young Leader. She lives in Lagos, where she is currently working on her first collection of essays.

The judges for the 2018/2019 Gerald Kraak Prize are the South African memoirist and activist Sisonke Msimang, author of Always Another Country (2017) and The Resurrection of Winnie Mandela (2018); Makerere University law professor and feminist thinker Sylvia Tamale, author of African Sexualities: A Reader (2011); the South African journalist and nonfiction writer Mark Gevisser, author of Defiant Desire: Gay and Lesbian Lives in South Africa (1994), Portraits of Power: Profiles in a Changing South Africa (1996), and Lost and Found in Johannesburg: A Memoir (2012); and the Nigerian writer and literary journalist Otosirieze Obi-Young, deputy editor of Brittle Paper, an editor at 14, and a judge for the Miles Morland Writing Scholarships.

The judges were taken by the fierce intensity of ‘Mothers and Men’, a meditation on the bonds between mothers and daughters. The essay explores the fragility of healing with a rare sensitivity and insight. OluTimehin Adegbeye’s voice walks the fine line between heartbreak and redemption, casting new light on questions of rape and secondary victimisation in ways that are new and important.

Adegbeye is an urgent and timely voice and both her substantive interests, and her prose are befitting of a prize that exists to champion human rights and complicate the framing of what it means to be African today.

The judges commended entries in each category, except photography, which received few submissions, with none shortlisted.

‘Obiageli’, by Prosper O. Anuforo (Nigeria), which explores the humiliation of a fisherman and the anger, grit and pride of hishe wife.

‘The First of Their Kind’, by Lillian Akampurira Aujo (Uganda), is feminist sci-fi; inventive dystopian fiction that examines corruption, abuse of power and elitism in a post-men world.

‘The Shape of Abnormal Things’, by Nonso Anyanwu (Nigeria), who writes of a love struck couple of teenagers and their brief romance.

‘Last Night in Asaba’, by Chiké Frankie Edozien (Nigeria), cements the writer’s status as a sensitive writer of fiction.

‘A Sickness Called Longing’, by Chukwuebuka Ibeh (Nigeria), is a haunting and subtle story about loneliness, vulnerability, masculinity and ageing.

‘Limbo’, by Innocent Chizaram Ilo (Nigeria), is a delightful and inventive story about a lesbian scarecrow.

‘The Impossibility of Home’, by Idza Luhumyo (Kenya): Nairobi comes to life as a city of shattered dreams and enduring hopes. It is a searing exploration of disability and desire. You will fall in love with its one-legged protagonist.

‘The Passover’, by Caleb Okereke (Nigeria), is an audacious tale of migration, longing, exploitation and nihilism. It combines elements of speculative fiction and realism in a way that defies categorisation.

‘The Masked Dance’, by Nigel Mpemba Patel (Malawi), tells of a gender fluid initiate in a triumphant coming of age tale.

‘Semen in the Sun’, by Jarred Thompson (South Africa), is a coming-of-age tale about university students in Johannesburg navigating manhood and finding love in the city.

‘Of Mothers and Men’, by OluTimehin Adegbeye (Nigeria), is a sensitive memoir casting new light on questions of rape, secondary victimisation and motherhood.

‘Monstrous’, by Megan Ross (South Africa), is a compelling and harrowing exploration of post-natal depression and love.

‘This Hell of a Body’, by Eugene Yakubu (Nigeria), is a complex polemic about intersex self-acceptance and love that also manages to burn with righteous outwardly directed rage.

‘Playlist of the Least Loveable’, by JK Anowe (Nigeria), on love, suicide and what it means to belong to a landscape of dysfunction.

‘Father’s Lessons’, by Bamidele Iyanuoluwapo (Nigeria), on fathers who insist their girls shall be as loved as boys.

‘Verdwaal’, by Lynne Kloot (South Africa), on children and violence and those who remain missing in South Africa as it was and as it is now.

‘A List of Things I Do Not Tell My Mother’, by Sarah Lubala (Democratic Republic of Congo/South Africa), on fear, sex and desire, as only Sarah Lubala can write it.

‘On My Coming Out’, by Chisom Okafor (Nigeria), is an affecting and elegantly written poem that speaks to desire, tradition and the enduring power of familial love.

‘City of Salts’, by Chisom Okafor (Nigeria), is a lyrical mediation on longing.

‘Pride’, by Deborah Seddon, is a beautiful ode to a father’s proud love.

‘My Sex Drive Is Self-reflective’, ‘Butchbottom’ and ‘Condition’, by Jarred Thompson (South Africa), is a trio of poems about desire.