2019 elections: WHY EU, UK must join US to ban indicted politicians —Aduwo

Mr Olufemi Aduwo is the Permanent Representative of the Centre for Convention on Democratic Integrity (CCDI) to the United Nations and he doubles as president, Rights Monitoring Group, which is a coalition of about 45 civil society organisations. In this interview with DARE ADEKANMBI, he speaks on the visa ban placed on certain unnamed individuals by the United States over their roles in the last elections and calls for an amendment to the Electoral Act, among other issues. 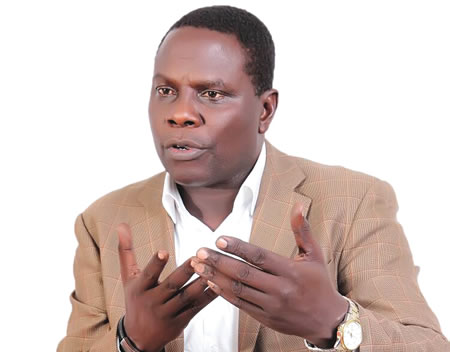 What do you make of the decision of the United States to place certain number of unnamed Nigerians on visa restriction as a result of their roles in the last election?

The action of the United State is a confirmation of we as election observers said in our reports after the 2019 elections. Stakeholders, especially observers like us have knowledge of the way INEC operates and how the electoral system has been working since 1999 when the country returned to civil rule. A lot of Nigerians already know that the 2019 elections, particularly the presidential election, were heavily manipulated and was below standard. The 2015 elections, which we equally condemned, were far better than the 2019 elections. It is high Nigeria began to treat election riggers and manipulators as coupists. The US was very mild on Nigeria by restricting its punishment to certain individuals rather than on the country as an entity. The US, if it wanted to come hard on the country, would have refused to have any official dealings with the President Muhammadu Buhari-led government. But the US has told the whole world through its decision that the election which brought Buhari in for a second term was fraudulent.

If it elections were deemed fraudulent as you claimed, candidates who were not satisfied with the outcome are free to seek legal redress at the tribunal, which is why we have cases being heard at the various tribunals at the moment.

You as a Nigerian lie me know that there are two court systems. There is the court of justice and the court of law. In the court of justice, there are very few men and women of good conscience and impeachable integrity who operate there. That is the only court where people can get justice. There other one is the court of law where justice is awarded to the highest bidder. Even the Supreme Court that once frowned at the use of technicalities to deny people justice appears to have reversed itself by clinging to technicality in the Osun State governorship election case it recently decided. People’s trust in the judicial system is being gradually eroded and it is unfortunate. What do they argue in the court of law other than technicality? People who now that the elections that brought them into offices were manipulated are today in office enjoying undeserved public funds.

For instance, the presidential candidate of the Peoples Democratic Party (PDP), Alhaji Atiku Abubakar is before the tribunal trying to prove his case. Although he may have a good case, all the issues he is bringing to the fore will be knocked out on technical ground. Card reader is not known to any law in the country. The Supreme Court has even so ruled. The server issue will not be material because the owner of the server denied having any server. While one court says INEC’s guidelines on election have no force of law, other courts say INEC is empowered to draw up guidelines for its elections. The same court will say server and card reader are not known to any law. Can you see the double standard?

These are some of the areas INEC itself created a kind of lacuna to give room for manipulation. If the card readers are not known to any law, why is INEC deploying them for election then? I am not an ICT expert. But I now the server is not a room nor is it a building. It is just a storage system. If INEC says it does not have a server, then where does it store its voter register?

You issued a statement commending the US for the decision and asking that the list be extended to include top officials in INEC, military and police who aided the violence and the perceived manipulation in the election. Why that?

On account of the fraud we witnessed during the election, we called on the US to also punish senior INEC staff, top police and military staff found culpable in the election. We saw some soldiers aiding violence in Rivers State. The soldiers occupied a lot of places and sent away electoral officers there. The soldiers were not punished by their bosses. They should be fished out. The police who were there too should be punished, including politicians from the various all the parties who participated in the violence unleashed on the people of the state.

Some of us are already putting pressure on the European Union and the United Kingdom to join the US in imposing sanctions of these people. The Western countries should not allow these folks to come into their countries. Let them go to Dubai where they can spend their dirty money. Their children should also be sanctioned and if their children are already in the US and the UK or any EU country, let them be sent to Nigeria so that these people will now the seriousness of their crime. Election rigging should be equated with coup plotting in Nigeria.

In the announcement made by the US, no names of the culprits were mentioned and this makes it difficult to say whether those affected by the ban are APC or PDP members.

There are certain things I won’t reveal. But I know, to the glory of God as a friend of the US Embassy in Nigeria. During the last US Independence anniversary celebration, myself and Femi Falana SAN were about the only activists invited to that function. I am not saying anybody gave me names, but I know that majority of the names on the list are APC members. Are we not in the country when a sitting governor was talking about foreigners leaving the country in body bags? If you are talking about hate speech, what do you call that one? The US knows a lot about what is going on in the country and it has its own way of getting intelligence report. If Buhari has the will, regardless of the outcome of Atiku’s petition, he should quickly set up an investigation panel for one reason: INEC’s account for the last eight years must be audited and probed by auditors. A lot of money given to INEC is wasted and manipulated. The late President Umar Yar’Adua admitted before the international community that the election that brought him into office was fraught with manipulation. That was a man of honour. Buhari should do same because the last presidential election was worse than the election of Yar’Adua in 2007. If Buhari does not handle it well, the US may not release the jet planes Nigeria paid for and which are due for release to the country next year. They will just say with the violence seen in the last elections, human rights will be violated and rule of law dropped for the rule of man. INEC messed up Nigeria in the last elections. Some of the people who are on the list are not event party members, but heads of government agencies.

What role do you think the current National Assembly has in sanitizing the electoral system ahead of the 2023 election, particularly with the off-season elections coming up in Kogi, Bayelsa and Edo states?

It is very sad that the people we see in the National Assembly don’t command respect from Nigerians. People who have cases with the Economic and Financial Crimes Commission (EFCC) are there talking. Some of them have been nominated as ministers and they are there talking as well. AMCON recently said majority of those owing banks more than N5 trillion are in the National Assembly and government.

Look at the charade they are doing at the screening of ministerial nominees. When the Minority leader too on the Attorney General about detention and trial, the APC folks new where he was going and shouted him down and asked the man to take a bow and leave. Buhari said he would appoint only people he knows and who are capable into his cabinet, if the list of names we saw is what he meant, then there is no hope. I am sorry for the country. When did Buhari now these nominees? When did some of them join APC? Some of them, as governors of their states, left mountains of debts. What will such people do as ministers?