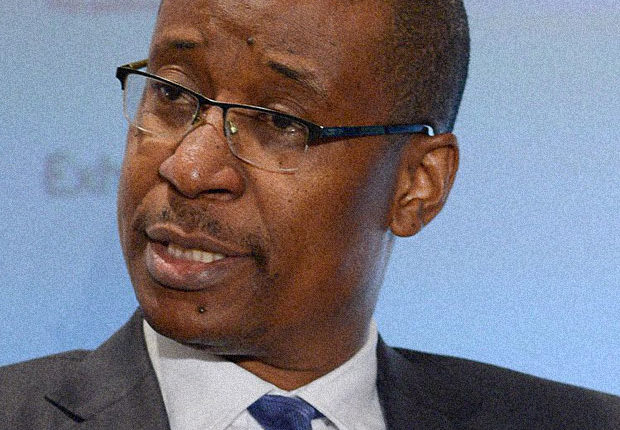 The House of Representatives Committee on Commerce, on Monday summoned the Minister of Trade and Investment, Mr Okey Enalamah over several infractions contained in the budget of the ministry as well as the shoddy implementation of its 2018 budget especially the alleged transfer of over N14billion from the Ministry without Parliament’s approval.

The Committee discovered that the amount was said to have been transferred from the Ministry’s account to the Nigeria Export Processing Zones Authority (NEPZA) on a supposedly Public Private Partnership (PPP) arrangement to be ran by a private company with 75 percent ownership and no financial commitment.

After grilling the officials of the Ministry led by its Permanent Secretary, Mr Edet Akpan Sunday for hours, at the budget defence session of the ministry, the Committee Chaired by Hon. Sylvester Ogbaga, resolved that the Minister must physically appear in person before it to shed more lights on discovered infractions.

However , the Committee suspended further legislative action on the 2019 budget of the ministry and insisted that certain information on the Ministry’s 2018 budget spending and 2019 estimates required his explanation.

The Committee was not satisfied with the explanations given on all the questions raised, asking if the fund was appropriated, wired or warehouse to NEPZA and expressed shock why the Federal government had paid it’s 25 percent or N14b fully.

It mandated the Minister to appear before it with the Memorandum of Understanding (MoU) as well.as the shareholding structure and the modus operandi of the company involved.

The Commie also frowned at the submission of the Ministry’s team on ‘fresh’ recruitment of over 100 staff into the Ministry about three years ago without the knowledge of the parliament.

Furthermore, the Committee was not convinced by the explanation of the Permanent Secretary on the allocation and spending of N250m by the Ministry on meetings, inspections and programs in 2018.

The Committee became suspicious when another N250m was allocated to negotiations in 2019 budget estimates.

Consequently, the Committee directed that details, including names of officers and programmes involved in the 2018 travels and negotiations must provided when the Minister appears before it.

In addition, the Committee wondered why the Ministry kept allocating funds for procurement of computers and buses among others on yearly basis

Mote worrisome to the Committee was the commissioning the country’s Trade Development policy to consultants at millions of naira.

The Committee wondered what the essence of the Ministry’s bureaucracy that supposed to be the repository of trade and commerce is if it could not develop the policy for the country.

In his response, the Permanent Secretary said under Zero budgeting, negotiations, meetings and programms like that in Nigeria products campaign were provided for as recurrent capital expenditure.

He explained further that the N14b was a decision of the Federal Executive Council (FEC) for the development of Export Processing zones to be executed by NEPZA, while the N250m in question was not enough for the negotiations and meeting as logistics of officers involved, which were sometimes unplanned for had to be taken care of.

Sanwo-Olu pursues investment in electricity, transportation, others at UNGA 2019