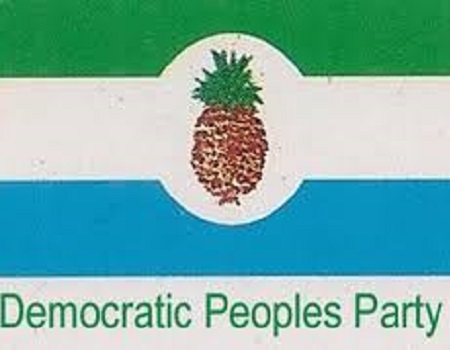 THERE are indications that some aides of the Ogun State Governor, Senator Ibikunle Amosun, have been registered as National Assembly candidates of the Democratic People’s Party (DPP) for the 2019 general elections.

The development, no doubt, has confirmed the growing speculation that Amosun has alternative plan having been unhappy with the outcome of the governorship and legislative primaries in the All Progressives Congress (APC).

Those whose names were found on the DPP list as pasted by the Independent National Electoral Commission (INEC) were until Friday members of the ruling APC.

ALSO READ: 66-Year-Old couple have baby after 40 years of marriage

Whereas the names of Amosun, his Chief of Staff, Tolu Odebiyi and his ally, Senator Lekan Mustapha were listed and pasted as senatorial candidates of APC for Ogun Central, West and East seats in the National Assembly respectively.

Sunday Tribune gathered that the names of APC executive members and political appointees “planted” in DPP might be substituted with all the names of the consensus candidates of APC on or before the December 1 deadline for withdrawal and final substitution of candidates.

However, it is likely that the Speaker of the Ogun State House of Assembly, Hon. Suraj Adekunbi would be substituted with the name of his younger brother Fatai, as the candidate of DPP for Egbado North/Imeko-Afon Federal Constituency.

Sources said Olabode’s name might be substituted with the name of the current occupier of the seat, Hon. Mikhail Kazeem.

2019: Osakwe remains our presidential candidate and not Odebudo ― DPP

Kwara cultists: Suspects never implicated anybody in their statement ―DPP