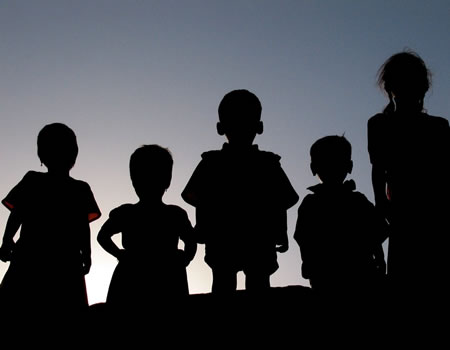 THE European Union (EU) has declared that more than 200,000 children die every year in Nigeria due to diseases that can be prevented through vaccination.

The Head of Cooperation of the EU Delegation to Nigeria and the Economic Community of West African States (ECOWAS), Mr Kurt Cornelis, made this known, on Tuesday, just as the European Union’s €635 million support project which commenced in 2011 to eradicate polio in the country came to an end.

However, the EU and the National Primary Health Care Development Agency (NPHCDA) have assured that the programme would be sustained.

Corneiis, while highlighting the importance of EU investments in the health sector in Nigeria, said: “Unfortunately, more than 200,000 children die annually due to diseases that can be prevented through vaccination. Through our support in the health sector, we contribute to improving health systems which help Nigeria improve its performance to reach some of the targets of the Sustainable Development Goals (SDGs).”

He then revealed that the EU expended over €200 million in the country’s health sector between 2002 and 2019.

The NPHCDA executive director, Dr Faisal Shuaib, announced the end of the programme, Technical Assistance to the European Union Support to Immunisation Governance in Nigeria (EU-SIGN) Project, on Tuesday, saying it had come to successful completion.

The NPHCDA, however, pointed out that 50 government workers would continue to implement the strategies.

“EU-SIGN is embedded in the NPHCDA and is implemented by public officials to ensure there is sustainability and accountability within the government system; 50 government workers can continue to implement the strategies even after EU support ends,” Dr Shuaib said.

According to the NPHCDA executive director, “there are cold chain and cold room infrastructure and equipment that were built and installed several years ago that are still working and being maintained by government workers. These are long term institutional strengthening initiatives that the EU has built, particularly through EU-SIGN.”

Also, the EU-SIGN National Team Leader Dr Yisa ibrahim said: “The implementation model of the EU-SIGN Project used existing government structures and systems and demonstrates that with good leadership and accountability, government business can be conducted efficiently and effectively to achieve the desired results.”

Anambra govt reassures on sustaining partnership with EU, WHO