20,000 Bauchi women to benefit from empowerment initiative of Dangote foundation 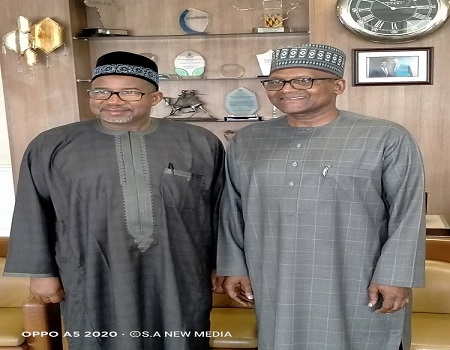 A total of 20,000 women in Bauchi State are to be enrolled in order to benefit from the empowerment initiative of the Aliko Dangote Foundation which is aimed of at fighting poverty and creating employment opportunities in the country.

A breakdown of the beneficiaries shows that 1000 women from each of the 20 Local government areas of Bauchi state are expected to benefit from the empowerment initiative which will take off soon.

The disclosure was made by the Chairman of the Foundation, Alhaji Aliko Dangote when Bauchi State Governor, Sen Bala Abdulkadir Mohammed visited him in Lagos on Wednesday.

Aliko Dangote according to a statement by Lawal Muazu Bauchi, S.A (New Media) to the Bauchi State Governor stated that this was part of the efforts of the Foundation to empower women especially at the grassroots across the country considering the economic hardship they are going through. 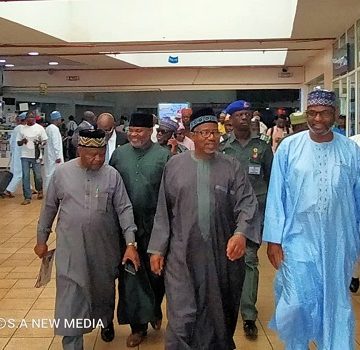 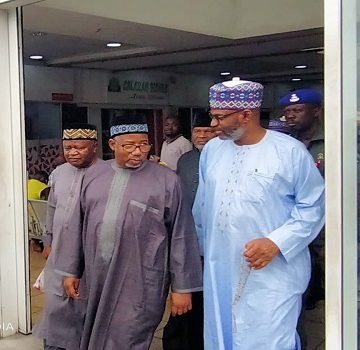 He recalled that the Foundation has empowered a number of women in various states to complement the efforts of the state government in eradicating poverty in the society.

Aliko Dangote said that “I thank you, Your Excellency, for this historical visit and we thank you for the partnership with us. We have planned to support women in Bauchi state as part of our empowerment support. These women will be selected in the rural areas of Bauchi state so that we can reduce poverty at the grassroots.”

According to him, the Foundation is always ready to work with partners especially state governments to strengthen primary healthcare benefits to the citizens.

The Chairman of the Aliko Dangote Foundation also assured to support the agricultural policy of Governor Bala Mohammed led administration by assisting local farmers to develop their products.

He concluded that “Your Excellency, I think if we can support your Agricultural policy we can assist farmers to advance their products and this can reduce the rate of unemployment in the society.”

Sen Bala Mohammed who led top government officials for the visit, expressed gratitude to the Foundation for its support to the state which he said has assisted in improving the well-being of the citizenry especially in the area of the health sector.

Bala Mohammed said that “We are here for a courtesy visit as a mark of respect to a person that excel in global enterprises and a role model to businessmen.”

The Governor concluded saying, “We appreciate your support to us in the area of assisting us to improve the living conditions of our people through improvement in the healthcare services.”

The Governor was accompanied by the Chief of Staff, Government House Bauchi, Dr Ladan Salihu, Commissioners of Agriculture and Rural Development and that of Budget and Economic Planning, Samaila Burga, Aminu Gamawa, S.A on Multilateral Organizations, Professor Sani Malami, Executive Chairman of BACYWORD, Tanko Yusuf Dutse, Provosts of College of Nursing and that of College of Health Technology Ningi, Hajiya Rakiya Saleh and Garba Husaini respectively.