‘200 women have died through illegal abortion in Bauchi’ 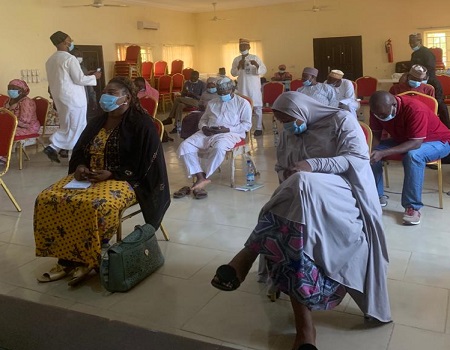 It has been discovered that illegal abortion by quack medical practitioners particularly in the Northern zone of Bauchi State is responsible for untimely deaths of women recorded recently in the area.

On the causes of such deaths, he said that it was as a result of unwanted and unplanned pregnancies by both married and unmarried women of childbearing ages who after becoming pregnant visit quack health workers to terminate such.

The BASPHCDA Chairman added that the lack of understanding of the importance of Child Birth Spacing (CBS) by the victims as well as ignorance of what to do with such pregnancy a development he said has become a major problem to family health issues in the state.

Rilwanu Mohammed, therefore, stressed the need for adequate sex education for the girl-child by parents particularly the mothers opining that if such was done, unwanted pregnancy will be avoided thereby reducing death from complications from the unprofessional act of abortion.

To the married couples, he advocated for accessing of childbirth spacing services available in every community where a special CBS clinic has been established stressing that a visit to the clinic will afford them to chance to know how to control unplanned pregnancy.

On the issue of availability of CBS commodities, he said that the state government is doing everything possible to make them available lamenting however that because of the centralization of the procurement of the commodities, it sometimes drags but assured that government will ensure that there will be not out of stock situation.

He then commended members of the BAPHMN for complementing government efforts in promoting reproductive health saying that with the involvement of the Network, the story is gradually changing for better as more clients now come out to access CBS services.

Malami Explains Why Buhari Signs Executive Orders
The Attorney-General of the Federation and Minister of Justice, Abubakar Malami (SAN), on Thursday, said the Presidential Executive Orders are aimed at complementing existing legislation and ensure inter-agency coordination in the process of implementation… women women womenRead full story