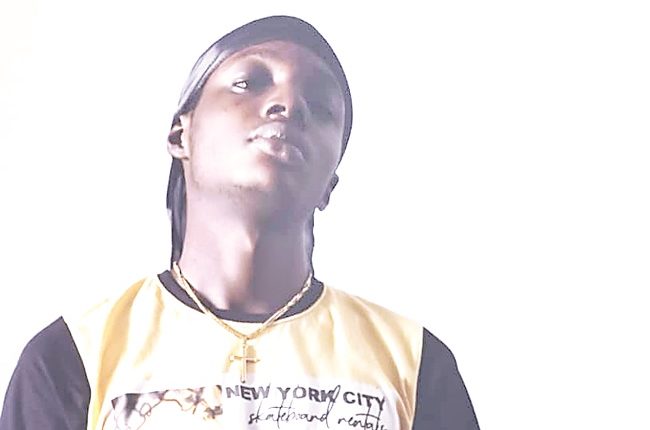 Rich KJT, an upcoming rapper, has made his professional musical debut with an EP titled ‘Kid just trying’, among a few other singles. Born in the year 2000 in Baltimore Maryland, United States of America, Kayode Joshua Taiwo moved to Nigeria at the age of five with his mother who is Nigerian journalist/publicist, Kemi Olunloyo. According to him, he started rapping at the age of three in the backseat of his mother’s car while she drove him to the daycare centre. When he was seven-years-old, he moved to Canada with her where he met several musics stars his mother worked with as a music publicist and journalist. Richkjt got to meet Drake, Rihanna, Beyonce, Bruno Mars, Lady Gaga, Snoop Dogg and many others at music award shows and other industry events his mother worked at.

Richkjt says Drake, Kanye West, Jay-Z and Rich Brian have really inspired him to become an artist. Due to the COVID-19 pandemic he has only been performing virtually to audiences online. He works as a music blogger and digital creator @BrysonsIntern on instagram, studies graphic design at a US college online and brands himself as “The great American rapper in Nigeria” as he wants to main stream hip-hop in the Nigerian market.

According to him, he has released hits like ‘Flip The Switch’, ‘11am’, ‘Sad valentine’, ‘Quarantine hours’ (a song depicting the Covid19 pandemic) and ‘Konichiwa’, a Japanese themed rap song that he plans to perform at the Olympic village to the US and Nigerian olympic teams.

As a young child at between nine and twelve years old, he was known as ‘KJ the kid reporter’, a Yahoo-Canada award winning kid blogger of the year 2009. He was the youngest Toronto police volunteer at nine years and was featured on several Canadian media outlets for advocating for the disabled in the American ‘R Word’ campaign. He was also honoured by the US Consulate General in Toronto as an American child making a difference in Canada. He hopes to sign a recording contract with Universal Music Nigeria, OVO, Interscope, Def Jam or Sony Global recordings.

Tribune Online analysis also shows that the new confirmed cases are slightly higher than those recorded the previous week (October 25 – 31) where the country recorded 923 cases.20-year-old American

Democratic candidate, Joe Biden has been elected President of the United States of America.20-year-old American

Kamala Harris made history on Saturday with her election as Joe Biden’s vice president, becoming the first woman, first Black American and first Asian American to win the second-highest US office.20-year-old American