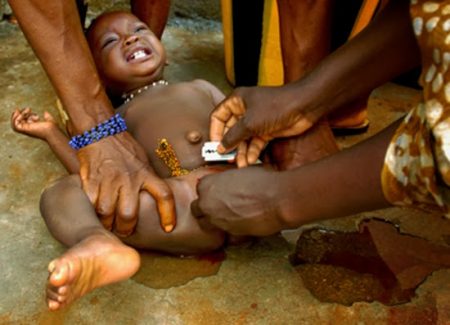 A Gender Desk Officer in Ekiti State Ministry of Health, Mrs Oluwakemi Akinleye has revealed that no fewer than 20 million children and women have been reported to be victims of Female Genital Mutilation (FGM) in the country.

She gave the revelation in Ado-Ekiti, the state capital on Wednesday, during a Stop Cut Project capacity building for Media Practitioners in Ekiti State on female genital mutilation. The workshop was organised by HACEY Health Initiative and funded by the United Nations Trust Fund and Spotlight Initiative.

Akinleye during her presentation said, “A national survey carried out in 2018 and still operational reveals that about 19.9 million children and women have been victims of female genital cut. This number to us was alarming.

“Going by this scientific survey, the victims are within the age range of 15 and 49, which have been having psychological, emotional, sexual and psycho Traumatic Stress Disorder on their wellbeing.

“FGM is a bad practice, whether it is done traditionally or medically, that is the ones being done by doctors, nurses and other health officials does not make the practice healthy and save.”

He said Imo State has the highest prevalence rate in the country with Ekiti trailing as having the second-highest in spite of the sensitization and advocacy programmes and the political will being displayed by government of Ekiti State.

“Ekiti has a 72.9 per cent prevalence rate in the southwest. But due to political will, it has reduced to 57.9 per cent and the sensitisation and advocacy by stakeholders must continue to be able to win the war .

She, however, expressed fear that the emerging mindset that the FGM will be successful and without consequences, if performed by medical experts, is becoming a major impediment to the war against FGM in the country.

A media practitioner and Chairperson, National Association for Women Journalists(NAWOJ), Ekiti Council, Mrs Fatima Bello , said the policy makers must be firm with implementation of laws prohibiting the practice and engage all relevant stakeholders, for the menace of FGM to be obliterated completely in Nigeria by 2030.