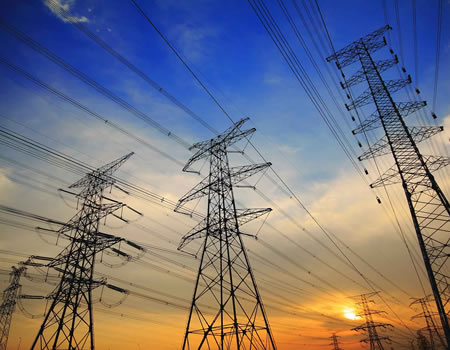 The four-day event commences with the Government opening ceremony with over 20 Ministers of Energy in attendance.

According to the organiser of the event, EnergyNet Limited, the State Secretary for Energy, Portugal, Honourable João Galamba will kick-off the 21st AEF official opening ceremony while the Minister in the Cabinet of the Prime Minister & of Economy, Portugal (TBC), Honourable Pedro Siza Vieira will give the host government opening keynote address.

Also, there will be welcome remarks by the Group Director, EnergyNet, Shiddika Mohamed; Managing Director, Simon Gosling and the Adviser to the Secretary of State for Energy of Portugal and Chief Coordinator for AEF, Nelson Lage, on behalf of the Portuguese Government.

The Forum is a deal-making platform for decision-makers from governments, commercial and development banks, power developers, engineering and technology companies, law firms and consultancies from across the energy value chain to discuss opportunities for the investment and development of African power projects.

Accordingly, the event will host 20 energy ministers, 2,500 delegates as well as a number of streamed panel discussions, workshops and seminars focusing on investment in power projects within different African regions and countries, financing solutions, technology innovations in the energy sector and the progress of different fuel types in Africa.

As a business with 75 per cent female leadership, 56 sessions in Lisbon will be moderated by some of the most brilliant women in the energy sector.

ALSO READ: How NBC reached truce with AIT over suspension

On Wednesday, there will be a spotlight on energy progress in Egypt, Ghana, Morocco, Mozambique, South Africa, Nigeria, Ethiopia, Angola, Zimbabwe, and Kenya, among others.

Also, the charity football match tagged: ‘The Africa Challenge Cup’ will hold same day with Manchester United legends: Clube de Futebol Os Belenenses hosts Quinton Fortune and Wes Brown, who will serve as honorary managers for the teams. AEF has teamed with KOHLER, principal partner of Manchester United and Clarke Energy to raise £30,000 to provide 1,350 WakaWaka Solar Lanterns and Power+ Solar Charging Power Packs to support those completely shut off from energy as a result of the cyclone. All proceeds will be donated to the victims of Cyclone Idai.

Also, the Lisbon’s biggest street party – Lisbon Street Party, ‘The Feast of St. Anthony’ also known as The Lisbon Sardine Festival, at the grand Avenida da Liberdade will hold on Thursday. Delegates will visit and watch the uniquely choreographed parade and wander through the enchanting winding narrow streets and plazas of some of Lisbon’s oldest communities to eat, drink and dance the night away with the locals.

Also on Friday, 14th June, there will be a major new initiative to bring together students from different countries across the continent ‘The AEF University Challenge’, which will give EnergyNet Student Engagement Initiative (ESEI) students from Nigeria, Ethiopia, Egypt, South Africa and Senegal the opportunity to be crowned ‘2019 University Challenge Champions’. With two semi-finals and a final, the 2019 champions will go on to defend their crown AEF 2020 in Barcelona.

The event will come to a close same day with a closing session, while the Portuguese Minister of Environment and Energy Transition will announce the tender process for 2,000MgW of a solar project in Portugal.

This will be followed with closing remarks and announcement of AEF 2020 by the Managing Director, EnergyNet Simon Gosling.

How NBC reached truce with AIT over suspension

UK in recession for first time in 11 years