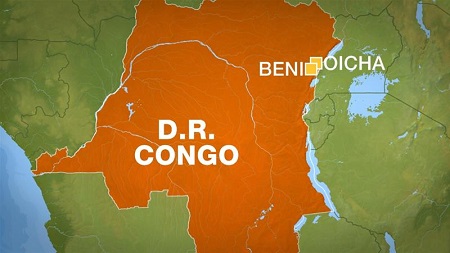 Mak Hazukay, an army spokesman in the Beni area, east of North Kivu province, said three other soldiers were being observed in a center for the fight against the epidemic at the Ministry of Health in Beni.

He also stressed that measures are being taken to stop the infection among soldiers.

Since the beginning of the epidemic, the cumulative number of cases already registered has been 736, of which 682 are confirmed and 54 probable.

ALSO READ: Over 500 dead as Congo cholera epidemic spreads —WHO

According to the latest report from the ministry, in total, there were 459 deaths, including 405 confirmed and 54 probable, and 257 people cured.

Declared on Aug. 1st, 2018 in the region of Beni, the epidemic quickly spread to the neighboring province of Ituri.

According to the ministry, the health zone of Katwa in Butembo, North Kivu, continues to be the main focus of the Ebola outbreak, having recorded 65 percent of the newly confirmed cases in the last 21 days.