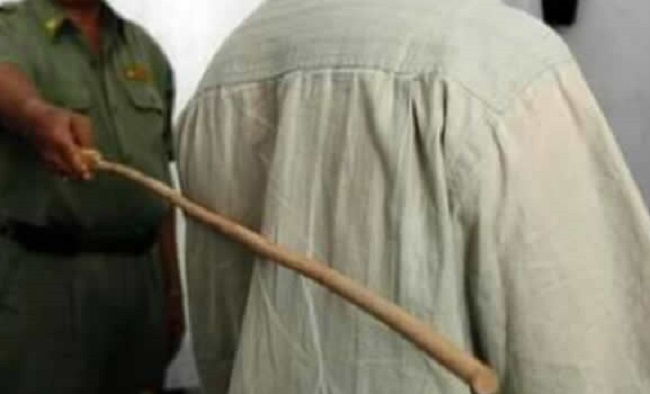 A Kano Magistrate Court presided over by Magistrate Farouk Ibrahim, on Friday has ordered that two men; Jabir Idris, 25, and Salisu Hamisu,32, be given 12 strokes of the cane each forstealing mobile phones in the state.

Idris, a resident of Jakara Quarters, and Hamisu of Dandishe Quarters all in Kano were convicted on a two-count charge of theft and criminal misappropriation.

The Magistrate, Farouk Ibrahim, sentenced the convicts to 12 strokes of the cane after they pleaded guilty to the charges, but also begged for leniency.

It would be recalled that the Prosecution Counsel, Lamido Soron-Dinki, had told the court that two persons, Ismail Sharif and Bashir Yahaya jointly reported the case at the Fagge Police Division, Kano, on January 4.

The prosecutor Counsel said that on the same date at about 4:00 p.m, Idris stole a Samsung S8 phone worth N75,000 belonging to Sharif and the sum of N1,700, while he sleeping in front of his shop at Kwari Market, Kano.

It was also stated that on the same day, at about 2:00 p.m, Hamisu, the second convict, went to Yahaya’s shop at Kwari market to buy some goods, while there, he collected his phone to calculate the amount of what he bought but in the process, he fled with his Nokia phone.

Meanwhile, Soron-Dinki said the two phones were recovered by the police after explaining that the offences contravened sections 286 and 308 of the Penal Code.

The British Parliament at the Westminster Hall held a debate on ‘e-petition 554150, relating to Nigeria and the sanctions regime’ on Monday. The government of the United Kingdom has however responded…2 men get 12 strokes  2 men get 12 strokes

The surprise visit made on Friday night by the leaders of the ruling All Progressives Congress (APC) to former President Goodluck Jonathan at his residence in Abuja triggered a stir in the major political camps, resulting in at least four possible theories..2 men get 12 strokes  2 men get 12 strokes