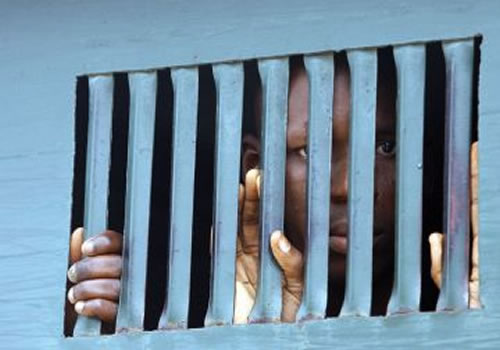 Two men who allegedly assaulted officers of the Federal Road Safety Corps (FRSC) in Lagos on July 3, were on Friday docked at a Surulere Magistrates’ Court.

Nwandu Onyeka, 32, and Okechukwu Jackson, 35, are facing a three-count charge bordering on assault that caused injuries to FRSC officers on legitimate duties.

The prosecutor, Sgt. Ita Akpan, told the court that the duo and others still at large, prevented FRSC officers from carrying out their duties on Sunday, July 3, at Surulere area of Lagos, rough handled and injured them.

According to Akpan, the actions of the accused contravened Sections 117 and 172 of the Criminal Laws of Lagos State, 2011.

The News Agency of Nigeria (NAN) reports that Section 117 (2) stipulates that an7y offender is guilty of felony and is liable to three years’ imprisonment or a fine of N200,000 only.

The accused, however, pleaded not guilty to all the charges.

The magistrate, Mrs A.A. Famobowo, granted them bail in the sum of N50,000 each, with two sureties in like sum, and adjourned hearing to July 18.