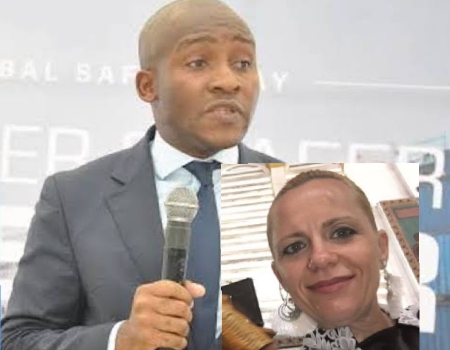 THE police in Lagos State have arrested two people, including an estate electrician who attacked the Managing Director of Maersk Line Shipping Company, Gildas Tohouo, and his wife at their Lugard Road, Ikoyi residence on Sunday night.

Tohouo, a Cameroonian, sustained serious injuries in the attack, while his wife, a Hungary national, died before she could be taken to the hospital.

The electrician, in his confessional statement to the police, confessed to have carried out the attack, while blaming his action for Tohouo’s refusal to give him money after he had begged him on several occasions.

Tohouo and his wife were, on Sunday night, stabbed by the electrician, who had invited one of his friends for a robbery operation at the couple’s house.

The two suspects were identified as Ade Akanbi and Olamide Goke, while the police confirmed they had also recovered the two knives used during the attack.

A police source, who pleaded anonymity, while speaking with the Nigerian Tribune, said the electrician had lied to the man’s family that he wanted to carry out electrical repairs in the couple’s home following a power outage.

The police source said: “It happened around 11:30 p.m after the family had entertained some guests during a get together in
their home.”

“The electrician took advantage of the power outage to gain entrance into the compound.

“The electrician confessed to the crime, saying he only wanted to rob the couple after he had been begging the man for money but he refused.”

Elkana said the state Commissioner of Police also visited the scene of the incident after the crime occurred.

Maersk, in a statement signed by Richard Smith on Monday, said: “We are very sorry to confirm that a colleague and his family have been attacked in their residence in Lagos, Nigeria during the evening
of December 8.

“Tragically, the wife of our colleague passed away at the scene; our colleague is in the hospital, where
his condition is critical but stable. The three children are all safe and accounted for.

SUG moves against hike in school fee in Babangida varsity