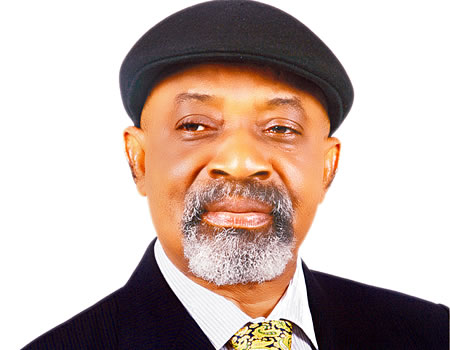 The Federal Government declared on Tuesday that about 2.78 million workers die annually from occupational accidents and work-related diseases.

Besides, the government pointed out that an additional 374 million workers suffer from non-fatal occupational accidents globally every year.

The Minister of Labour and Employment, Senator Chris Ngige stated this while speaking at a programme to commemorate the 2019 World Day for Safety and Health at Work, with a theme: “Safety and Health and the Future of Work,” in Abuja.

Ngige, said the statistics are so alarming, while the economic cost is not only enormous and unquantifiable but “quite tragic and regrettable.”

He regretted that such immeasurable human suffering and catastrophes caused by poor occupational safety and health practices and conditions are largely preventable.

The minister, who was represented by the Permanent Secretary in the ministry, Mr William Alo, said the Ministry of Labour and Employment has lined up various activities to encourage the promotion of a safe and healthy future of workers.

The minister also pointed out that free medical screening was being targeted towards the enhancement of safety, health, and welfare of workers in the informal sector.

He said: “You can attest to the fact that technological advancement including digital technologies, artificial intelligence, robotics nanotechnology, and increasing automation is becoming more common in the workplace and machines are now attempting to take over the role of humans.

“In a renewed effort at addressing changing patterns and emerging risks in the workplaces, the government has embarked on measures in ensuring safe, healthy and decent work for all.

“Government has also embarked on measures to promote a culture of prevention through various workplace interventions that include the vigorous enforcement of extant labour laws through conduct and factory inspections of workplace, nationwide.

“In addition, employment patterns and structures are shifting with the introduction of new forms of employment such as outsourcing, contract staffing, and a host of other non-standard forms of employment. All of these now present various threats and challenges to the safety and well-being of workers which must be addressed by the future of work.”

Ngige stated further that as a member state of the International Labour Organisation (ILO), Nigeria had since 2004 joined the annual awareness-raising campaigned.

This he said had intended to focus on the magnitude of work-related accidents, injuries, diseases and deaths and contemporary remedial approach through a preventative safety and health culture at work.

He assured all that the ministry would continue to develop and subsequently, review policies, legislative and regulatory framework that were critical to achieving sustainable improvement in safety and health standards in the workplace.

Mr Denis Zulu, ILO Country Director to Nigeria noted that Nigeria has been consistent in commemorating the World Day for Occupational Safety.

“It is an important day for us in the ILO because we are commemorating 100 years old of the ILO and it gives an opportunity to see how much progress has been made in the safety and health.”

SEC urges beneficiaries of deceased investors to claim their dividends