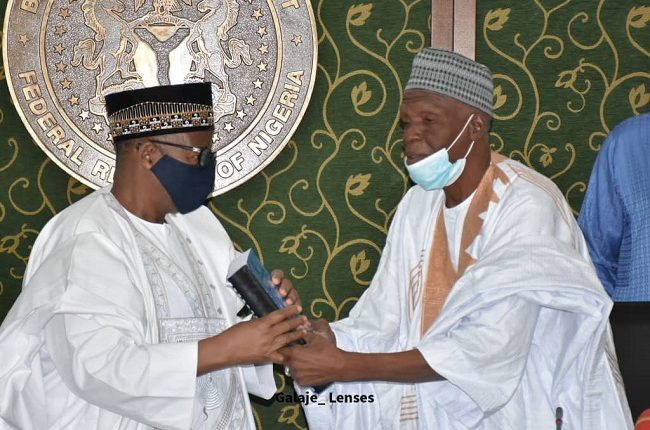 The 1976 Ibrahim Dasuki Committee report on local government administration reform has been faulted for making traditional institutions irrelevant and redundant in the affairs of running governance in the country.

Bauchi State Governor, Sen Bala Mohammed Abdulkadir, made the observation, on Tuesday, while receiving a report of the Administrative Committee of Inquiry set up by the state government to look into the dispute between Herders and farmers caused by land-use abuse and illegal allocation in all the 20 local government areas of the state.

Bala Mohammed opined that before the 1976 reform, traditional rulers were accorded due respect and assigned responsibilities in the running of government affairs lamenting however that the situation is no longer the same now as the constitution did not assign any significant roles to them.

He, therefore, said that something needs to be done quickly to correct the anomaly so that the traditional installation will get back its responsibility of having a say in the scheme of things in the governance of the country.

He then said that As part of efforts to address the lingering crisis between Herders and farmers in the state, the State Government will establish an Implementation Committee that will re-establish cattle routes and acquire lands that have been illegally taken away by some stakeholders in the state.

According to the Governor, there are some areas that Herders do not have a passage to follow with their cattle for pasture because they have been blocked and taken over by some elites in collaboration with traditional institutions, local authorities and sometimes with security agencies.

Bala Mohammed said: “As a committee, you have the courage to bring out all these challenges and we are not blaming anybody, but certainly we are trying to look at the challenges with the view to resolving them. Definitely, we must do something to salvage the situation.”

He added: “It is a shame that in this century when our forefathers have done so much to establish the cattle routes, with beacons, coordinates and reserves, so that they can provide sustenance for us when we come back, but sadly our environmental sustainability has been destroyed and sometimes, they are just wantonly acquired without any use for the beneficiaries. So, this is Cliptomania, this attitude that is terrible must be reversed.”

“This is the problem of Nigeria, especially in Northern Nigeria where we assume to have land, but we don’t have the land because they have been acquired and taken illegally. One person will take between 5,000 to 50,000 hectares of land and all the cattle routes have been taken over,” the governor said.

While speaking earlier before making a submission of its report, Chairman of the committee, Surveyor Yayaha Baba stated that farmers and Herders conflict is a great threat to security that needs to be checked, pointing out that the Governor’s proactiveness in setting up the committee cannot be overemphasised.

He also said that in some of the areas visited, hearing sessions were held where the committee received a series of complaints and petitions which generated more need for inspections in the areas.

Yahaya Baba added that the committee in some of its findings discovered that some local government staff with some influential citizens were involved in the sales and illegal allocation of land that are grazing reserves.

In all, he said that the committee received over 1000 memoranda and petitions as well as oral submissions which he said when carefully studied and implemented, will bring lasting solutions to the lingering problem.

We no longer give petrol price band to marketers, says PPPRA