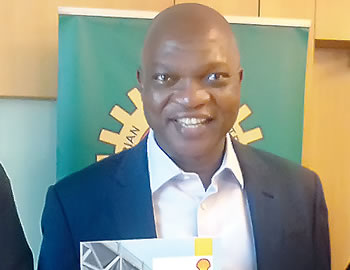 In 1936, the Royal Dutch/Shell Group founded Shell D’Arcy, the first Shell company in Nigeria, and in November 1938, Shell D’Arcy was granted Exploration licence to prospect for oil throughout Nigeria.

However, not until January 1956 when the first oil discovery was made at a well drilled at Oloibiri by Shell D’Arcy, but in April 1956, the company changed its name to Shell-BP Petroleum Development Company of Nigeria Limited.

The first participation agreement was signed in April 1973 with the Federal Government with government acquiring 35 per cent shares in the companies.

Shell remains the Nigeria’s oldest energy company, and has a long term and continuing commitment to the country, its people and the economy.

Shell companies in Nigeria produce oil and gas from land and swamps in the Niger Delta and from deep-water reserves some 120 kilometres off the coast. It also operates Nigeria’s largest liquefied natural gas (LNG) plant, which it exports all over the world.

The largest contribution by Shell companies in Nigeria is through the taxes and royalties they pay, the energy they produce as well as their commitment to support and finance community development initiatives in the Niger Delta.

According to the Country Chair of SCiN and the Managing Director of Shell Petroleum Development Company (SPDC), Mr Osagie Okunbor, “Nigerians do not appreciate the importance of our companies to the country. The company that pays 95 per cent of its profit to the federation account after the necessary cost deduction is a company that is working for the country.

“We are important in terms of revenue generation, domestic gas, employment and community development. For instance, we paid $43 billion to the federation account between 2011-2015.”

The company stated in its ‘Briefing Notes for 2015’ that $145.1 million was paid to the Niger Delta Development Commission (NDDC) as required by law while another $50.4 million was directly expended in social investment projects by the Shell Petroleum Development Company (SPDC) Limited, operator of SPDC JV and Shell Nigeria Exploration and Production Company (SNEPCo).

Mr Okunbor stated that “these spend levels have not come about by accident. Shell and its partners believe that they can make a real difference in the lives of Nigerians and we have targeted our investments at community and enterprise development, education and health.

“Of course, we cannot take the place of government but we are keen to play our part in the development of a country we have been part of for more than 50 years.”

SCiN also continue with their contributions to developing the country’s human capital and contracting capacity, by spending some $900 million on local contracting and procurement. Ownership of key assets such as rigs, helicopters and marine vessels was a key focus of these efforts to support Nigerian and community contractors.

Okunbor further stressed that SCiN are also actively involved in the development and utilisation of natural gas, pioneering its production and delivery to domestic consumers and export markets.

“Although, the SPDC JV’s market share of domestic gas has reduced through a series of divestments since 2010, which enables Nigerian companies to play a more strategic role, Shell still remains a crucial part of the national gas energy mix. For example, our Afam VI power plant alone contributed 14 per cent of the Nigeria’s grid-connected electricity in 2015, consolidating its achievements since first power in August 2008. Another entity, Shell Nigeria Gas supplies natural gas to 87 industrial customers.

“We are constantly monitoring the security situation in our operating areas in the Niger Delta and are taking all possible steps to ensure the safety of staff and contractors,” he stated.

Shell, like its counterparts, is not immune from the current global decline in crude oil price regime. This has resulted into suspension of Bonga South West project. “Bonga South West project was a flagship project for us. We really wanted to do it, but as it was when we tendered and got bids, the reality was that oil prices were above $100 per barrel. But by the time we began to analyse the bids we received, the new reality of low oil price was not working. We tried to renegotiate with our contractors but to no avail. This also affects our copartners including the Nigerian National Petroleum Corporation (NNPC). Rather than just spend the state money like that and find it difficult to recover the cost, we took a decision that we have to re-scope the whole thing and re-tender in a more realistic price.

“I have to be clear that it is still our intention to do the Bonga South West project. We didn’t cancel it, we just stepped it down. We will re-scope it and be back in near future with the project,” Okunbor said.

Okunbor further assured that the company wasn’t thinking of divesting its Nigeria’s operations despite the global crude oil price challenges. According to him, “the reality is that our presence in Nigeria is pretty substantial. Exiting Nigeria is not on the card for Shell. It is a heartland for Shell which we have a lot regards for.”

In October 2003, Shell achieved 1million barrels per day production from its operations across Nigeria. In 2015 Shell-operated ventures in Nigeria produced an average of 688,000 barrels of oil equivalent per day (bpd), with 496,000 bpd from the Shell Petroleum Development Company of Nigeria Limited operated Joint Venture (SPDC JV) and 192,000 barrels of oil per day from the Shell Nigeria Exploration and Production Company Limited (SNEPCo).

The SPDC JV Afam VI power plant, which has a 650 megawatt generating capability, supplied approximately 14 per cent of the nation’s grid-connected electricity in 2015 and has delivered 20 million Megawatt-hour (MWh) of electricity into the Nigerian grid between its inauguration in 2008 and June 2015.

Security in the Niger Delta remains a major concern with persisting incidents of criminality, threats from militant elements, violent host community agitations and most recently, offshore piracy. Crude oil theft and related damage to oil and gas facilities in particular continue to present significant security concerns. Oil and Gas operations in parts of the region are severely impacted by these criminal activities. Armed robbery and kidnapping for ransom are also ongoing threats.

The safety of staff and contractors in Nigeria remains a top priority.

Shell Nigeria closely monitors the security situation and continues to take all necessary measures to ensure safety and continues to actively implement the Voluntary Principles of Security and Human Rights (VPSHR).

Gov Ugwuanyi, wife move to give succour to less-privileged

Awo: The path to travel on restructuring