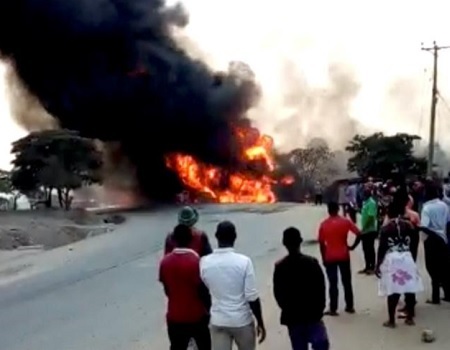 At least 19 people were killed when a fuel truck exploded after losing control and ramming into three cars in western Uganda on Sunday, police said in a statement.

Another body was found trapped under the truck, police said Reuters said.

The accident occurred at a small trading centre on a highway between the capital Kampala and Kasese town near the border with the Democratic Republic of Congo.

Flames from the blast tore through at least 25 shops nearby.

At least 85 people died in neighbouring Tanzania on Aug. 10 after a fuel tanker exploded in the town of Morogoro, as flames ripped through a crowd that had gathered to siphon petrol from it.

I will no longer tolerate Ihedioha’s attacks, Okorocha says

JUST IN: Presidential retreat for ministers-designate kicks off