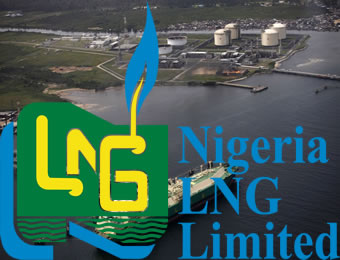 The Nigerian Liquefied Natural Gas (NLNG) has said no money was missing or diverted from its dividend due to the country from its investment in the Nigeria LNG Limited (NLNG) between 2004 and 2020.

Mrs Eyono Fatai –William, the General Manager (External Relations and Sustainable Development) of NLNG made the disclosure while making a presentation at the Joint Senate Committees on Finance and National Planning Public Hearing on 2021-2023 Medium Term Expenditure Framework (MTEF) and Fiscal Strategy Paper(FSP).

Mrs William maintained that $18bilion dollars have so far been remitted to the Nigerian National Petroleum Corporation (NNPC) from 2004 to date as dividends to the Federal Government.

Nigeria through NNPC has about 53 per cent shareholding in Nigeria LNG Limited.

Her disclosure was on the heels of doubts expressed by the Chairman of the Joint Senate Committee on Finance and National Planning, Solomon Adeola (APC Lagos) on the status of the remitted dividend.

The Senator representing Lagos West had asked the Accountant Generation of the Federation, Ahmed Idris if he could confirm if the money was actually remitted to the federal government to which the latter responded that only the NNPC could give the Senate satisfactory answer since the remittance was always handled by the national oil giant, the NNPC.

Senator Adeola consequently mandated the Accountant General of the Federation to investigate among other things “if the amount was actually remitted to NNPC, how much was actually remitted to the Federation Account if there is any deduction by NNPC, how much was deducted and who authorized the deductions and the exchange rates applied for the amount that was remitted over the years under consideration.”

Adeola who gave Ahmed Idris two weeks to investigate and present his findings to the Senate Committee said the confirmation of the remittance would give the true situation of Federal Government’s investment in NLNG since inception and the performance situation of the company in general.

Earlier in her presentation, the NLNG General Manager revealed that the NLNG also remitted nine billion dollars in tax to the Federal Government from 2011 to date,while 15 billion dollars had also been remitted for field gas to the NNPC since the inception of the company.