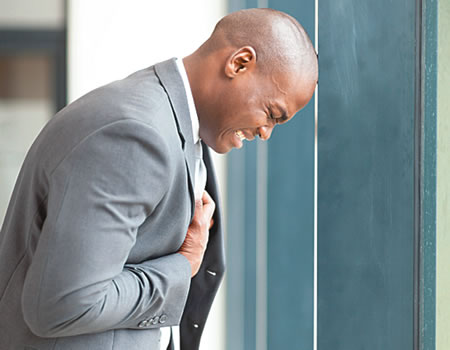 EXPERTS, in a new study, say an epidemic of heart, stroke or blood vessel disease (cardiovascular diseases) looms in Oyo State with one-sixth (16.7 per cent) civil servants in state having a moderate risk of developing these diseases in the next 10 years.

The experts, using the World Health Organisation/ International Society of Hypertension prediction chart found about 8.5 and 14.6 per cent of the civil servants had moderate and high risks of developing cardiovascular diseases (CVDs) within the next 10 years and it is likely to reduce the productivity of the state.

The study in 2020 BMC Cardiovascular Disorders to determine the proportion of local government workers that would develop CVDs in the next 10 years had involved 260 local government areas (LGAs) civil servants at the secretariats of six LGAs in the state between July and September, 2017. The majority of them were aged 40 years and above; 88.1 per cent were married and 93.1 per cent had spent more than 10 years in service.

Their blood lipid, weight, height, waist circumference, blood pressure and fasting blood sugar were measured and a pre-tested, interviewer-administered questionnaire administered to obtain information on the socio-demographic and behavioural attributes.

Pregnant women, medically unfit persons with oedema, ascites (excessive abdominal fluid) or other chronic illnesses and those who could not stand straight for weight and height measurement were excluded. Also exempted were individuals with a history of CVDs.

They indicated that 57.7 per cent of the civil servants had a good knowledge of risk factors (age, sex, presence or absence of diabetes, smoking status, systolic blood pressure, total blood cholesterol) for CVDs.

While 76.9 per cent of the local government workers had a low risk of developing CVDs, the study said 8.5 and 14.6 per cent had moderate and high risks respectively, signifying those individuals that need lifestyle interventions and perhaps drug treatment considerations.

According to the study, being older than 40 years, belonging to the management cadre, pot belly and physical inactivity was associated with a higher likelihood of developing CVDs.

Engaging in leisure-time physical activity (walking, fitness training and sports) for greater than or equal to three times per week of 30 minutes per occasion is classified as physically active. Pot belly is defined as waist circumference greater than 88 cm in females and greater than 102 cm in males.

They, therefore, recommended lifestyle modification and early detection of risk factors through awareness and regular screening programmes for those with high CVD risk in the state.