• Amotekun corps to be recruited within three months ― Oyo AG 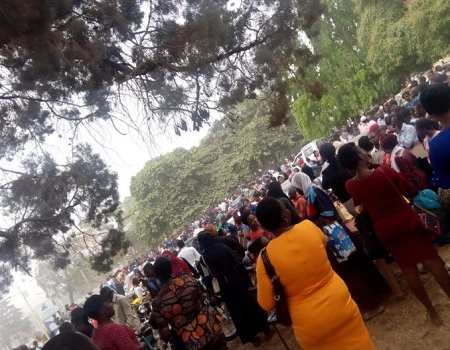 A total of 156,000 persons applied for 7,000 teaching jobs and 3,600 non-teaching jobs advertised by the Teaching Service Commission (TESCOM) Oyo State.

Olaleye added that the Computer Based Test (CBT) would hold in April on a soon-to-be-announced date.

He explained that the test could not hold this month because several of the proposed CBT centres were to be utilised for the conduct of the Unified Tertiary Matriculation Examination (UTME).

Noting that applicants’ competence, qualifications and ability will be major determinants for their final recruitment, Olaleye warned applicants against giving money to anyone to assist in their recruitment.

State Attorney General, Professor Oyelowo Oyewo, who was part of the press briefing, expressed optimism that recruitment of Amotekun corps will be done within the next three months.

With the signing of the bill into law on Tuesday, he said the state government will commence putting in place the institutional framework, mode of operation and board of the Oyo State Security Network Agency before recruitment of Amotekun corps.

On his own part, State Commissioner for Health, Dr Bashir Bello, said the state executive council had approved the purchase of 10 ambulances.

Out of the 10 ambulances, three will be allocated to intensive care units of the state’s hospitals while seven will serve as supportive ambulances in each of the seven zones of the state.

On the state’s preparedness to tackle the raging Coronavirus, Bello added that the state government had designated five centres to test suspected Coronavirus cases in the state.

Towards preventing an outbreak of Coronavirus in the state, he stressed the need for residents of the state to regularly wash their hands, maintain social distance and utilise hand sanitizers.

Dethroned Emir Sanusi has been moved from Loko, monarch says