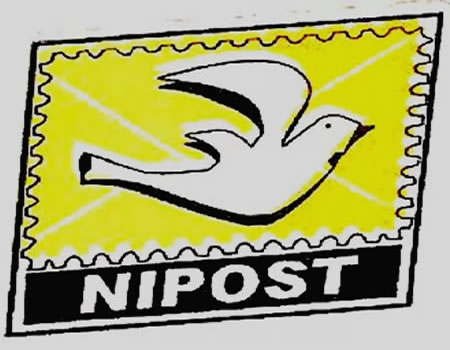 The Nigeria Postal Service (NIPOST) is to lose nothing less than 15,000 workers due to the recent take over of its primary duty to produce and issue stamp by the Federal Inland Revenue Services (FIRS).

To this end, the workers have threatened to embark on a nationwide strike; threatening to withdraw their services across the country after a 21-day ultimatum issued on Thursday, July 18, 2020.

Addressing a press conference in Abuja on Thursday, the Senior Staff Association of Statutory Corporations and Government Owned Companies (SSASCGOC), who is the trade union unionising both NIPOST and FIRS workers, said: “the FIRS on 30th June 2020 against any known law produced and launched its owned brand of adhesive stamp thereby hijacking and taking over the function of NIPOST.”

The General Secretary of SSASCGOC, Comrade Ayo Olorunfemi, while addressing the press conference said it was illegal for FIRS to produce and issue a stamp to denote duties when it can be procured from NIPOST.

If this is allowed to go on, he said the usurpation of the main duty of NIPOST will lead to about 15,000 job loss, adding that the union would not accept this as there is no known law that gives FIRS to produce a stamp.

Comrade Olorunfemi said, “in respect to job loss, we will not lose anything less than 15,000 workers and when you look at that, the multiplier effect on the economy and the saturation of unemployment market, you will know that it will be a catastrophe waiting to happen and we have said we will not allow that to happen.”

He added: “To this end, we are calling on the federal government to facilitate an urgent meeting between NIPOST, FIRS, SSASCGOC and other stakeholders in order to arrive at an amicable resolution.

Failure to do this within 21 days from today Thursday 8th July 2020, the Union shall have no other option than to direct all its members in NIPOST to withdraw their services.

“It is very painful that while other nations are protecting and developing their postal services and making maximum use of the services for advancement, Nigeria is busy doing things that will kill its own.”

He pointed out that stamp is a product of NIPOST as given to it by law, adding that the Financial Act did not give any power to FIRS to produce a stamp.

The SSASCGOC general secretary said: “It should be noted that both NIPOST and Federal Inland Revenue Services are Statutory Corporations for which this Union has Jurisdiction to organise their staff.

Therefore, our position must always be balanced according to the laws of the land. That is why we are insisting that both organisations must develop a synergy that will enhance higher productivity in the area of stamp matter.

“We recognise the power conferred on FIRS to collect stamp duties just as that of the NIPOST power to produce and issue stamps. These must be acknowledged and recognised in implementing the Finance Act. It should be noted that stamp is a product of NIPOST as given to it by law.

The Finance Act did not give any power to FIRS to produce a stamp. In other words, to utilise stamp for duties FIRS must get it from NIPOST.

“As we speak many Nigerians have stopped purchasing adhesive stamps from NIPOST. This if not challenged and nip in the bud will ultimately lead to the collapse of NIPOST and the staff will have to lose their jobs. We will not allow this to happen.”

He stated that if the government failed to yield to their demand and the strike commenced, the union will also go to court to seek legal redress.

According to Olorunfemi: “Mr President has told us clearly that there will be no job loss. We consider that as just a statement coming from Mr President because of his heart, he doesn’t want it. But when circumstances lead to people losing their jobs, that statement will be withdrawn.

“So, we don’t want to wait and rely on that statement that there will be no job loss. If there is no more job to do, will they continue to keep us? So, we are determined to protect the interest of our members in this case.

“Why are we not approaching the court now? We have not thrown that out, it is an option but as a responsible trade union Organisation, we want to exploit all available avenue before resorting to court.

“I can assure you by the time they allow this thing to lead to a strike, we will also be in court. Once we start the strike, and while we are in the street fighting, we will also go to court to fight. You don’t fight on the street when you cannot win in court.

“We have our own way of seeding messages across. One of the ways is to alert them the way we have done, and the next stage will be to withdraw our services and report this matter to the international community. We will also go to court to seek legal redress.”