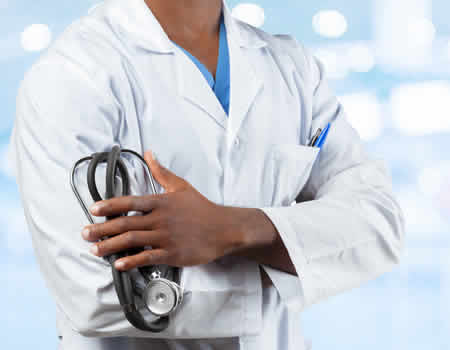 The Anambra State chairman of the Nigerian Medical Association (NMA), Dr Jide Onyekwelu, has said the association has lost a total of 14 medical doctors in Nigeria to the COVID-19 pandemic.

Dr Onyekwelu disclosed this at the ceremony to commence the training of 25 medical doctors on COVID-19 infection prevention and control techniques, held at Golden Tulip Agulu Lake Hotel, Anambra State, on Tuesday.

This was for doctors alone and not all the healthcare workers, he added.

He explained that doctors and other frontline healthcare workers catch the infection from their patients and lose their lives in the process.

It is in this regard that the statistics of exposure, infection and death among doctors and other healthcare workers is very disturbing.

“In Anambra, we do not have the statistics of doctors that had died in the state.

He said the 25 doctors selected from the five zones in Anambra State: Onitsha, Awka, Nnewi, Aguata and Ihiala, will be trained as trainers and there will be a fellow up training/workshop where these trained trainers will step down the knowledge to 125 doctors spread over the five zones.

Dr Onyekwelu commended his members and other health workers for their conviction and unwavering patriotism at this trying time.

The state Commissioner for Health, Dr Vincent Okpala, who represented Governor Willie Obiano at the flag-off, pledged to continue to engage NMA to provide for the safety of healthcare workers in the state.

He charged the association to mobilised their members to brace up to continue to defend their fatherland and its people against the ravaging army of Coronavirus pandemic.

Tribune Online gathered that a minute silence was observed in honour of the fallen doctors.

I did not resign from office, Ebonyi university VC debunks resignation reports