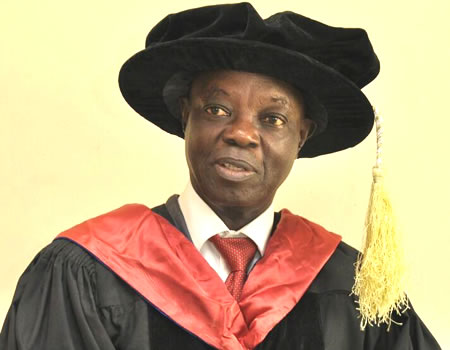 Prof. Sulyman Abdulkareem, Vice-Chancellor of the University of Ilorin, has said that a total of 130 students would be awarded First Class degrees at the institution’s convocation holding on Wednesday.

Abdulkareem told journalists on Monday in Ilorin that 12,009 students would graduate during the university’s 35th Convocation Ceremonies.

Abdulkareem commended TETFund for funding projects in over 47 federal universities and urged the Federal Government to address the challenge of insufficiency of funds facing Unilorin.

He noted that budgetary allocation to education had dropped from 10.78 percent in 2015 to 7.04 percent in 2018 and called on the federal government to increase the education budget to 15 percent in order to bring it closer to 26 percent recommended by UNESCO.

He said that the university was increasing its internally generated revenue to avoid total dependence on government funding and ensure full implementation of its N36.4 billion 4th Strategic Plan.

Abdulkareem said major research breakthroughs by staff and students of the institution included the development of a speed breaker device, invention of an anti-electricity power theft device and innovation of an oil spillage management product which had already been commercialised.

Others, he said, included fabrication of a machine capable of producing different shapes of pencil in commercial quantities and the discovery of a potential treatment and cure for Tuberculous, among others.