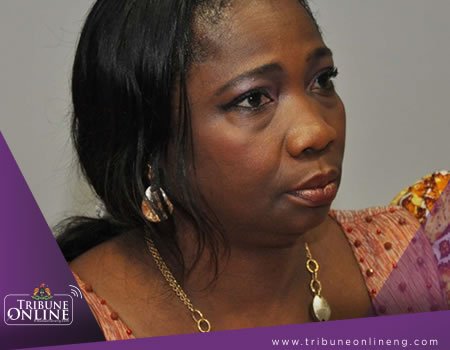 No fewer than 128 Nigerians were among the over 576 West African migrants to Europe that recently died in the Mediterranean sea, a government official said in Lagos on Tuesday.

The Senior Special Assistant to President Muhammadu Buhari on Diaspora Affairs, Mrs Abike Dabiri-Erewa, disclosed this at the public presentation of two books “From Libya with Tears’’ and “Practical News and Feature Writing’’ in Lagos.

The News Agency of Nigeria (NAN) reports that the books were written by Mr Dele Bodunde, who retired as a Managing Editor/Director in NAN on Tuesday at the attainment of 60 years.

Dabiri-Erewa , represented by her Special Assistant on Media, Mr Abdul-Rahman Balogun, said most of the victims were heading to Italy enroute the Libyan coast, when the tragedy occurred.

She described the incident as unfortunate, saying the story was one too many and that it highlighted the desperation by some Nigerians to travel to Europe at all costs, despite the high risks.

“Just some days ago, 128 Nigerians died on the Mediterranean sea out of 576. Most of them were from West African countries and they were on their way to Europe.

“Now, this is an unfortunate incident and I think it is better to remain in Nigeria and keep struggling, instead of making desperate journeys that could take their lives,’’ the presidential aide said.

Dabiri-Erewa said some Nigerians had been trapped in Libya and were subjected to various inhuman treatments and that only the intervention of the Federal Government had ensured the return of many.

She said that the German Embassy in Nigeria had intimated her office on plans to repatriate no fewer than 12,000 Nigerian asylum seekers from the European country.

The Presidential aide commended Bodunde for writing a book on the travails of Nigerians in Libya, saying the work could not have come at a better time.

Also speaking at the occasion, a former governor of Ogun State and a veteran journalist, Chief Olusegun Osoba, said there was need for journalists to constantly update themselves with the requisite skills of the profession.

According to Osoba, the main problem to the development of the profession is a deficit in skills.

He commended the author for writing a book that sought to address the problem and urged practicing and aspiring journalists to avail themselves of the books, for their professional and personal development.

In his speech, the Managing Director of NAN, Mr Bayo Onanuga, described the retiring director as an accomplished journalist, who had made a great impact at the agency.

Onanuga, who was represented Mrs Kate Popoola, Head of NAN Lagos Operations, said he was not surprised with the books as the author had a penchant for imparting knowledge.

“I urge journalists who desire more knowledge on the job to make use of the materials for their professional development,’’ he said.

The Book Reviewer, Mr Ade Obisesan, described the book “From Libya with Tears’’ as an eye opener, as it highlighted the travails of Nigerian girls trafficked to Libya.

Obisesan said the book was beautifully written and reflected the writer’s hatred for anything that dehumanises the female child.

Bodunde thanked the guests, as well as the staff and management of NAN for the opportunity to serve the nation.

He promised to continue to contribute his quota to the journalism profession, even in retirement.

COVID-19: We can’t afford resources for over 4,000 Nigerians willing to be…