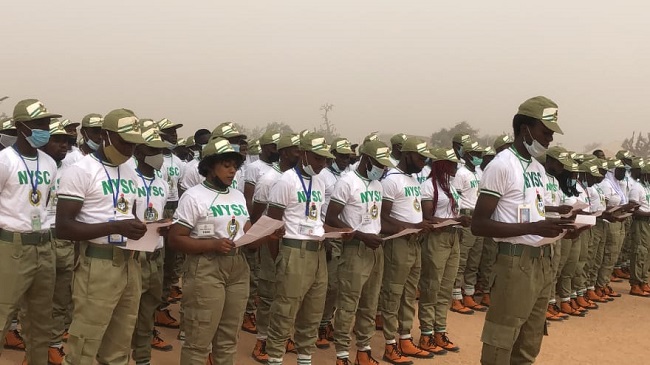 Uba, who was represented by the NYSC State Coordinator, Mr Sam Ujogu, said that the corps members comprised 449 males and 761 females.

She urged the newly sworn-in corps members to always promote unity and the integration of the country.

“Your deployment to the state will not only offer you the opportunity for a broader understanding of the country.

“But also entrench the culture of working together in an atmosphere filled with friendship, peace, harmony and shared vision of a great and prosperous Nigeria,” she said.

Uba implored them to sustain the high level of discipline and enthusiasm they had demonstrated so far.

She encouraged them to avail themselves of the opportunities for self-employment offered through the skill acquisition entrepreneurship development programme, which starts at the orientation camp.

She urged the corps members to participate in all the camp activities as it was an avenue that provided them the opportunity to realise their potential and attain individual feat during and after the service year.

Administering the oath of allegiance on the corps members earlier, the Enugu State Chief Judge, Justice Raymond Ozoemena, who was represented by Justice Anthony Onovo urged the corps members to be law-abiding during and after the service year.