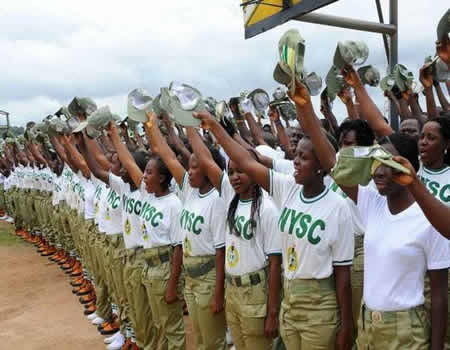 The Coordinator National Youth Service Corps (NYSC ) Sokoto State, Mr Philip Enabuere Enatonme, has disclosed that a total number of 1,137 corp members have successfully completed their service year in Sokoto, while four others from 2020 Batch A, serving in the state will repeat their service year.

Enabuere made the disclosure at the passing out of the Batch, on Thursday, in Sokoto, where he said one of the affected corp members absconded and he is to repeat the whole service year while the rest three were disciplined for misconducts and misdemeanour and having their service year extended between two weeks and two months.

He commended the state governor, Aminu Waziri Tambuwal, for his unflinching support to the NYSC in Sokoto State urging his government not to relent in it laudable gesture.

Enabuere also lauded the effort of the Director-General of the scheme Brig General Shuaibu Ibrahim for his steering leadership qualities.

The coordinator averred that the corps members during their service year were posted to four critical areas of Health, Education, Agriculture and infrastructure across the 23 local government councils of the state.

He further disclosed that the outgoing corps members have done a lot in the fight against Coronavirus pandemic.

” 15 medical personnel of the outgoing corps members in collaboration with the National Centre for Disease Control (NCDC) carried out COVID-19 tests on camp officials and corps members at the orientation camp, he added.

He said the gesture made the zonal director, North West zone, Hajia Zainab Isah, to give them recommendation letters

The coordinator was also elated that out of 110 corps members given a presidential award recently 8 were from Sokoto State.

The coordinator implored the outgoing corps members to be a good ambassador of the scheme and wish them well in their future endeavours.

Some of the outgoing corps members who spoke with our correspondent, Andrew Endedem and Ibeh Esther said they were grateful to Almighty God for seeing them through, stressing that one year in Sokoto was a memorable one.

The issuance of certificates was however done in strict adherence to Covid-19 protocols.

The data also showed that the tally of 100 deaths last week shows there is a sharp increase when compared to the 69 deaths recorded in the previous week…1137 corps members pass out, four others to repeat service in Sokoto