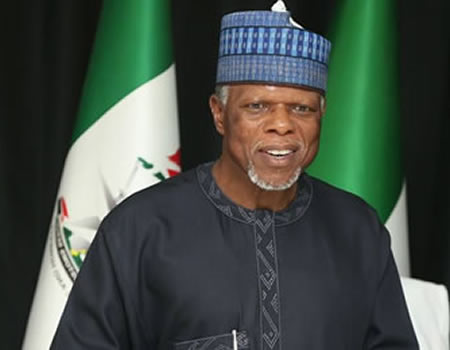 Operatives of the Intelligence Unit of the Nigerian Customs Service (NCS), Tin-Can Island Command on Monday said it intercepted a 1by20ft container load of 1,200 pieces of pump action guns imported into the country from Turkey.

Disclosing this to journalists on Monday at the Tin-Can Island Port in Lagos, the Comptroller General of the NCS, Col. Hamid Alli (Retd) said the container with number GESU2555208 was discovered on the 6th of September, 2017 with broken seal, which raised suspicion.

According to Alli, “On the 6th of September, 2017, operatives of the NCS Intelligence Unit, while on a routine monitoring of activities at the terminals, discovered a 1by20ft container already positioned for examination despite the fact that it was not listed for that day’s examination.

“It was also observed that the seal of this unlisted container had already been cut and padlocked. The container aroused suspicion and was immediately transferred to the Enforcement Unit of the NCS.

“Importation of 1,100 rifles at a time when the nation is facing some security challenges is a clear indication that there are indeed some elements who do not believe in the unity, peace and well being of Nigerians.

“This particular seizure being the third in the series of arms seizure within 8 months of this year, all from Turkey, presents all time high of the triumph of the NCS over evil forces. Shipping companies and Terminal operators must wake up to support the Customs to nip in the bud attempts to smuggle such dangerous items into the country.

“Already, one of our officers who was alleged to have authorised the cutting of the seal and the terminal clerk have been arrested and are currently undergoing investigation. NCS under my leadership will do all that is possible to fish out all those remotely connected to this devilish importation. We shall bring them to justice.”

Drug cartel pulled out guns on our members – PSN