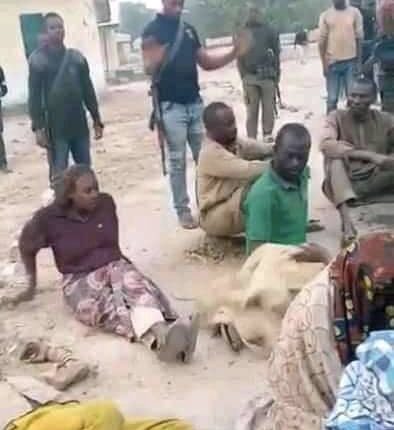 The students were said to be on their way back to Minna, the state capital where they were received by the Secretary to the State Government, Ahmed Ibrahim Matane; the Chief of Staff to the Governor, Alhaji Ibrahim Balarabe Kagara at the Niger State Development Company’s suite, near Government House, Minna.

Food, medical personnel were already on ground around the Government House awaiting the released Students and their staff and family members.

Security was however tight at the government house with thorough screening of every vehicle and individuals streaming into the NSCDC suite directly behind Hon. Justice Legbo Kutigi International Conference Centre Minna opposite the Government House, Minna.

A relation to one of the parents of the abducted children said they were released in the early hours of Saturday  from an undisclosed location around Kaduna State.

It could, however, be recalled that the 27 students, three staff of the school and their 12 family members were abducted from their school on the 17th February, 2021 at about 2:30am.

One of the students, Benjamin Habila was shot and killed on the spot when she attempted to escape the attack by running away in the midst of his fellow abducted students with whom clothes were tied with one another.