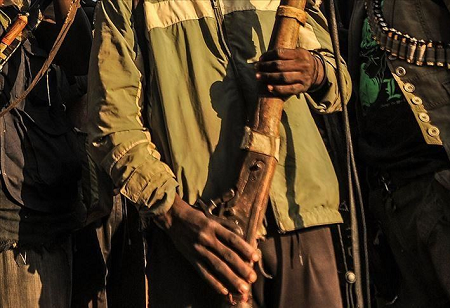 The village head of Tara where the attack took place, Mainasara Muhammed Tara, who narrated the incident, said the bandits also carted away a number of livestock away after burning down their food storage facilities.

“They came around midnight through the uncommon route to the village because our men and youth are guiding all the major entries.

“We have not been sleeping in the night because of the incessant attacks on our villages. We divided ourselves into groups and each group was guiding one of the major entries into the village.

“So they entered the village through the eastern axis and opened fire on members of the group that were stationed around that area. They then proceeded into the town, killing people at sight.

He lamented that the joint task force who were alerted earlier allegedly did nothing to protect them.

Muhammed noted that this was the second time in two months that the village was attacked, recalling that they lost about 200 livestock in the previous attack.

Confirming the development in a telephone conversation with Tribune Online in Sokoto on Friday, the command’s Public Relations Officer, ASP Sanusi Abubakar, said the attacks also led to other people critically injured and are currently receiving medical attention at a hospital in Wamakko.

Abubakar added that the Commissioner of Police, Kamaldeen Kola Okunlola, who was in the village ealier on Friday, assured that additional Operation Puff Adder will be drafted to the local government to ensure improvement on the security in the state.

On February 27, 2020, Nigeria’s first index case of COVID-19 was confirmed in Lagos. This was the first reported case in Sub-Saharan Africa. An Italian, who had just returned from Milan, Italy on the 25th of February 2020, was confirmed by the Virology Laboratory of the Lagos University Teaching Hospital (LUTH), and managed at the Infectious Disease Hospital (IDH) in Yaba, Lagos…10 killed in fresh bandits attack on Sokoto village

Why I want to style Wizkid — Fast rising stylist, Dstylistboy