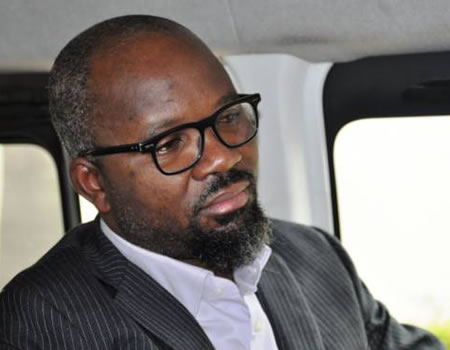 Share
A Federal High Court in Abuja, on Wednesday, rejected an application filed by a business man, Olugbenga Obadina to travel abroad for medical check-up.
Obadina is standing trial over allegations bodering on money laundering.
He is alleged to have received over N2 billion from the Office of the National Security Adviser (ONSA), under Col. Sambo Mohammed  Dasuki (rtd) without a contract award.
At the resumed hearing of the matter yesterday, counsel to Obadina, Chris Uche (SAN) moved the application for the temporary release of his international passport to enable him travel abroad for medical treatment abroad.
Uche said the medical papers testifying to the need for the defendant to seek treatment outside the country were attached to the affidavit that was deposed to by the applicant himself.

The prosecuting counsel, Mr Larry Aso in his submission, opposed the application on the grounds that the medical papers emanated from the Clinic of the Nigeria National Petroleum Corporation (NNPC), which was not related to the applicant in anyway.
Aso maintained that the prosecution still held unto its earlier stand that the defendant was a flight risk adding that Ulcer, the ailment the defendant was seeking treatment for in abroad could be handled in Nigeria.
He added that the prosecution was relying on the records of the court of January. 27 where the defendant’s surety, Mrs Maryam Sagir applied to withdraw her suretieship.
In his ruling, Justice Nnamdi Dimgba said, “I have considered carefully the application of the defendant for the release of his international passport to travel abroad for medical treatment.
“Traditionally, the court has always maintained a liberal approach in releasing passport for medical treatment based on the presumption that the defendant is innocent until proved otherwise.
“Also going by what transpired on July 15, 2016 during his arraignment where he refused to present his bio data and the happenings of January 27 where questions were raised concerning his suretieship.
“Even though the issue of the surety has been resolved,I am not minded to grant the application in favour of the applicant”, he said and dismissed the application adding that the court might take a different view in a subsequent application if compelling evidence was presented.
Dimgba adjourned the matter till March 22, 2017 for continuation of hearing.
Earlier, Mr Victor Agunzi, counsel to Sagir who had applied to withdraw her suretieship  told the court that the parties had met and sorted out their differences.
Agunzi said as a result, Sagir would continue as Obadina’s surety.
courtObadinatreatment
Share