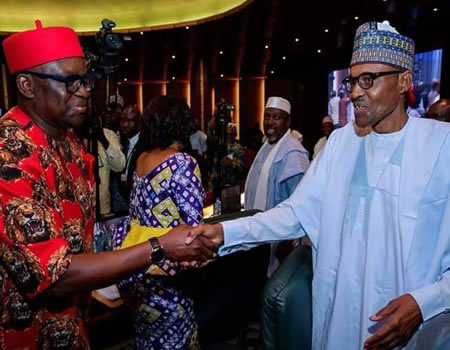 EKITI State Governor, Mr Ayodele Fayose has described the conflicting statements from the Police on the return of the last Dapchi schoolgirl, Leah Sharibu, as another clear indication that “under this President Muhammadu Buhari led government, confusion now reigns supreme.”

Special Assistant to the governor on Public Communications and News Media, Lere Olayinka, quoted Governor Fayose as saying in a statement issued on Sunday, that it was embarrassing that the IGP could come on national television to deceive Nigerians by giving information that he was not sure of, adding that; “Nigerians can now see why it is advisable to check their calendar when President Buhari and his men say what the date is.”

The governor said; “If the IGP does not have correct information on activities of the Boko Haram insurgents at his fingertips, it goes to show the level of confusion that has taken over this their government and one can appreciate the position expressed by former Minister of Defence, Lt. Gen. T. Y. Danjuma that Nigerians should take total responsibility for the security of their own lives and properties because as it is, a government that is confused even at the level of its security agencies cannot protect its citizens.”

He described the recant of the IGP statement by the Nigeria Police Force as highly embarrassing, saying; “What the IGP said was unambiguous. He said on Channels Television loud and clear that he was scheduled to travel to Dapchi but shelved the trip so as not to jeopardize the release of Leah Sharibu.

“So, where is the misunderstanding and misrepresentation of what the IGP said? How can Dapchi residents’ anxious wait for the safe return of the already released girls be the reason for the IGP to say that he learnt the remaining girl will be released on Saturday?

He said the IGP categorically stated on Saturday, that Leah Sharibu was going to be released and the recant the following day was a further vindication of the United States government’s that animosity between Nigeria’s security agencies and their unwillingness to share intelligence were hampering effort at effectively combating the Boko Haram insurgency.