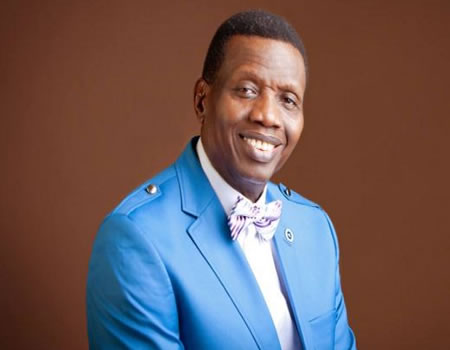 The General Overseer of the Redeemed Christian Church of God, Pastor Enoch Adejare Adeboye has prophetically declared that peace will reign in Plateau State no matter the antics of the devil.

Pastor Adeboye made this declaration at the Interdenominational Service tagged Super Sunday with the theme “Almighty” powered by the RCCG Plateau Family at the Redemption Camp Kassa, Barakin Ladi local government area of Plateau State.

The General Overseer who assured that the prevailing peace in the state will not relapse, enjoined churches on the Plateau to remain as one and be steadfast in prayer.

Pastor Adeboye who said plateau State remains headquarters of the Redeemed Christian Church God in the Northern part of Nigeria added that Plateau is lucky to have him for whole week despite his tight schedule.

“Plateau State is blessed to have the headquarters of all northern states of RCCG. This is the only state that has me for one week, there is no state in Nigeria that I can stay for one week. Plateau is blessed, the presence of God is here” he said.

Addressing the congregation, the Governor of Plateau State, Simon Lalong extols the humility of the clergyman adding since his encounter with him his life has not remained the same again.

Governor Lalong who used the occasion to invite the general overseer to grace the next edition of Plateau Prays slated for February next year said his administration will continued to be tailored towards the way of the lord.

Some of the dignitaries that attended the service include former governor of Plateau State Senator Jonah Jang, members of House of Representatives from the state Speaker of Plateau State House of Assembly Hon. Peter Azi and host of others.

COVID-19: Reps member calls on FG to include constituents in relief package